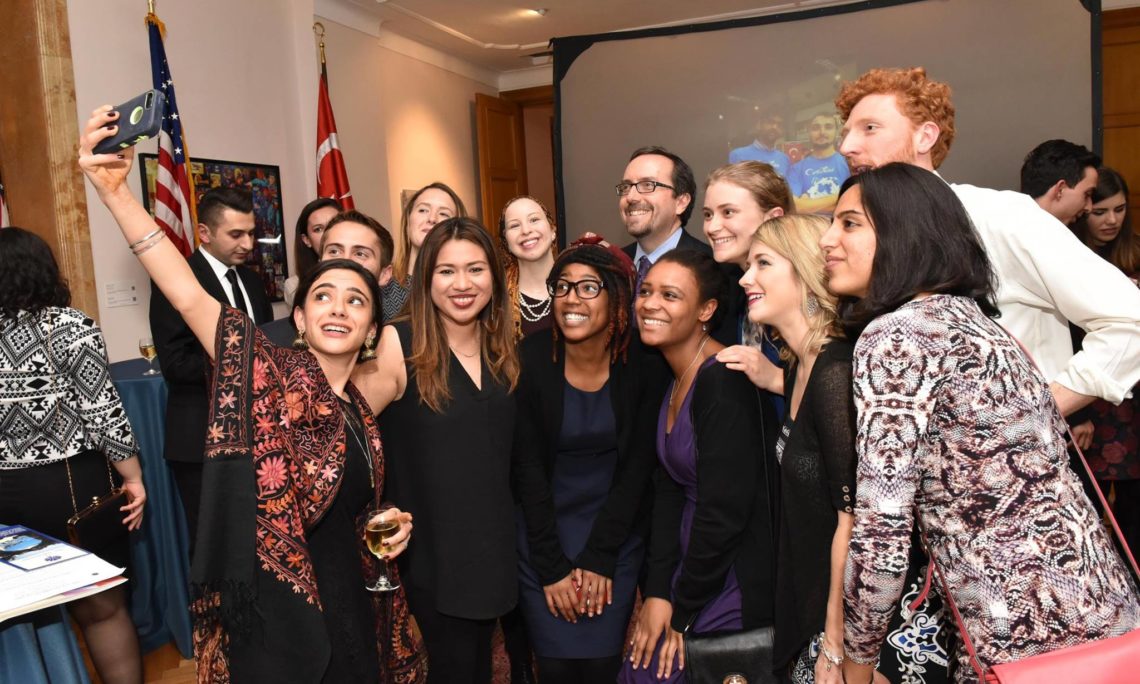 On January 13, Ambassador Bass hosted a reception attended by over 160 guests from all over Turkey to celebrate the 65th anniversary of the U.S.-Turkey Fulbright Commission.  In his remarks to the assembled Turkish officials, Fulbright alumni, staff, grantees, and guests, Ambassador Bass highlighted the invaluable contributions that Fulbright educational exchanges have made towards “opening minds” and promoting mutual understanding.

Fulbright Commission Director Dr. Ersel Aydinli explained that the program has touched almost all 50 U.S. states and all 81 Turkish provinces, supporting over 6,000 two-way exchanges since the Commission began its work 65 years ago.  To commemorate the occasion, the Commission produced a documentary video with original testimony from a few dozen Fulbright alumni, including former Deputy Prime Minister Ali Babacan.  A special guest of honor, Prof. Kaymakcalan, spoke both on the video and at the reception.  Now 91 years old, she was the very first Turkish woman to receive a Fulbright and participated in one of the original groups that traveled to the United States 65 years ago.