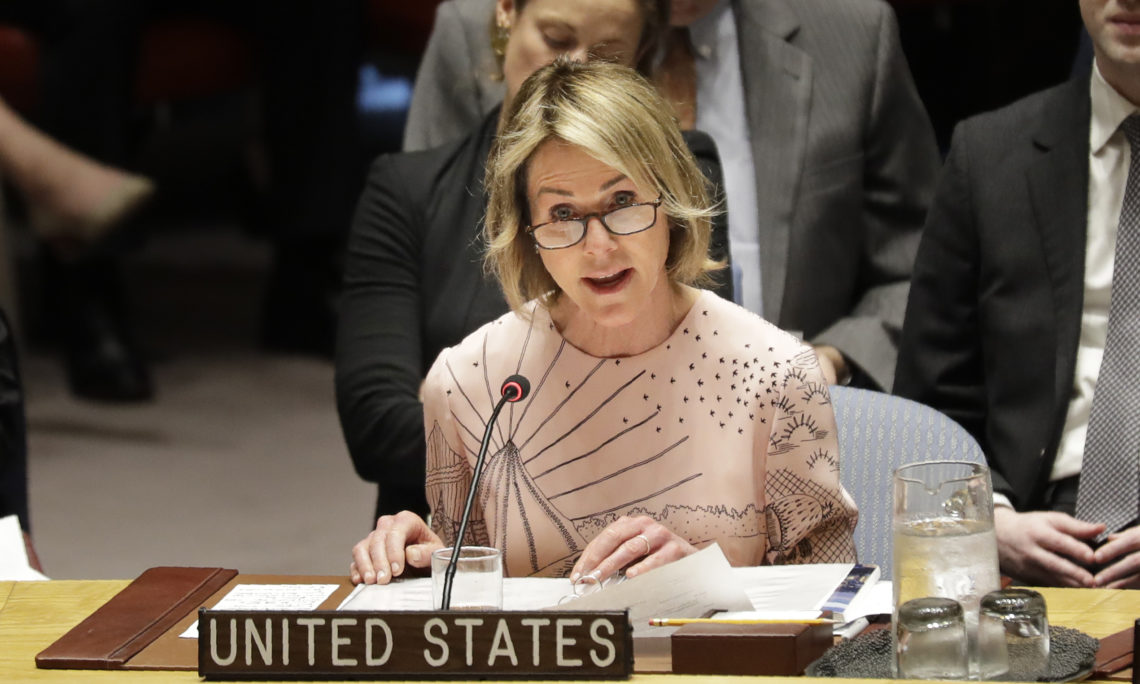 U.S. MISSION TO THE UNITED NATIONS
Office of Press and Public Diplomacy
March 2, 2020

From March 2 through March 4, U.S. Permanent Representative to the United Nations, Ambassador Kelly Craft, and U.S. Special Representative for Syria Engagement Ambassador James Jeffrey, will visit the Republic of Turkey amid growing alarm over escalating violence in Syria.  Assad-regime forces, backed by Russia and Iran, have unleashed a brutal military campaign in Idlib, killing hundreds of civilians and forcing nearly a million people to flee, constituting the largest number of displaced people since the Syrian war began nine years ago.  During her visit, Ambassador Craft will stress the urgent need of UN-authorized cross-border access for the delivery of critical humanitarian assistance to Syrian communities and the displaced struggling without supplies and proper shelter in freezing temperatures.  The Ambassador will also meet with UN officials and NGO personnel working tirelessly to respond to the growing humanitarian crisis.  Ambassador Craft will then meet with senior Turkish officials in Ankara on the humanitarian situation in northwest Syria before returning to New York.