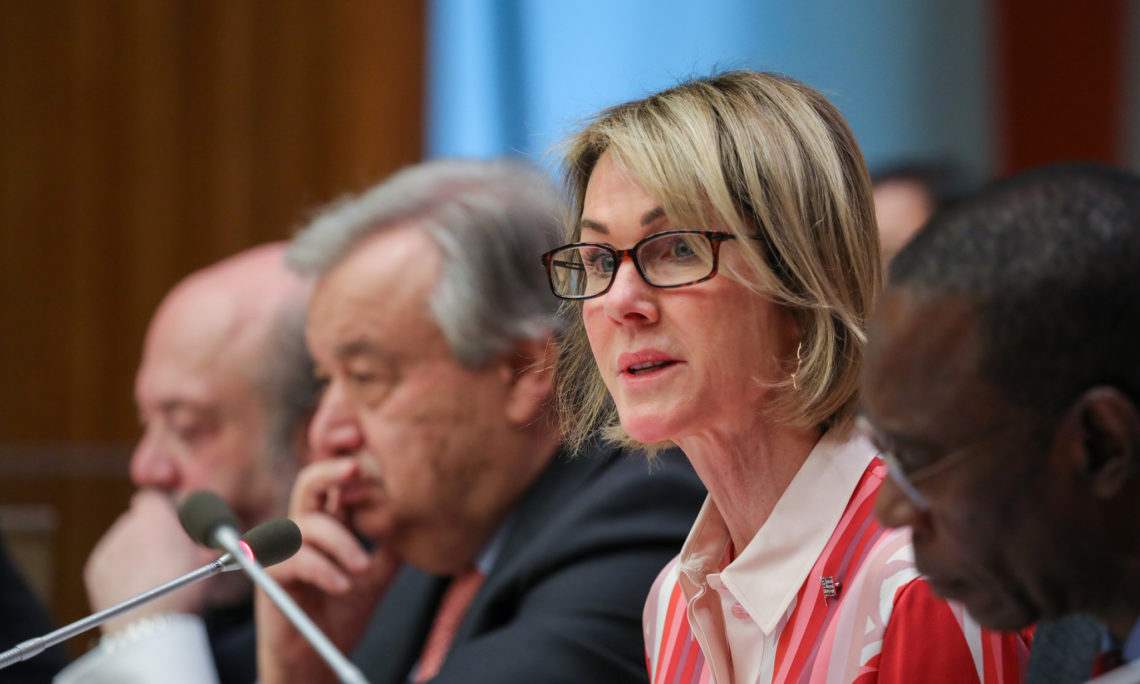 U.S. MISSION TO THE UNITED NATIONS
Office of Press and Public Diplomacy
March 3, 2020

Today we traveled to the Turkish-Syrian border to observe one of the two remaining UN-authorized cross-border lifelines facilitating humanitarian assistance to the besieged and desperate people of northwest Syria.  The United States is determined that the UN Security Council renew the authorization for both Bab al-Hawa and Bab al-Salam border crossings when their mandates expire in July.

Yet for the last three months, Assad-regime forces—supported by Russia and Iran—have escalated an all-out military offensive against the people of Idlib, killing hundreds and forcing nearly a million civilians to flee for their lives.

On behalf of President Trump and Secretary Pompeo, I am here to show American solidarity with the people of Syria.  To date, the generosity of the American people has facilitated a total U.S. humanitarian response to the crisis in Syria of $10.5 billion.  To express our continued commitment, today the Trump Administration is announcing an additional $108 million in humanitarian assistance for the people of Syria.

These funds will help provide life-saving food, shelter, winter clothing, blankets, medicine, and safe drinking water to assist Syrians in need both inside Syria and the region.

While money will help address urgent needs, it is not the answer.  As Secretary Pompeo said last week, the answer is a permanent ceasefire and a UN-led political solution to the conflict in accordance with UN Security Council Resolution 2254.