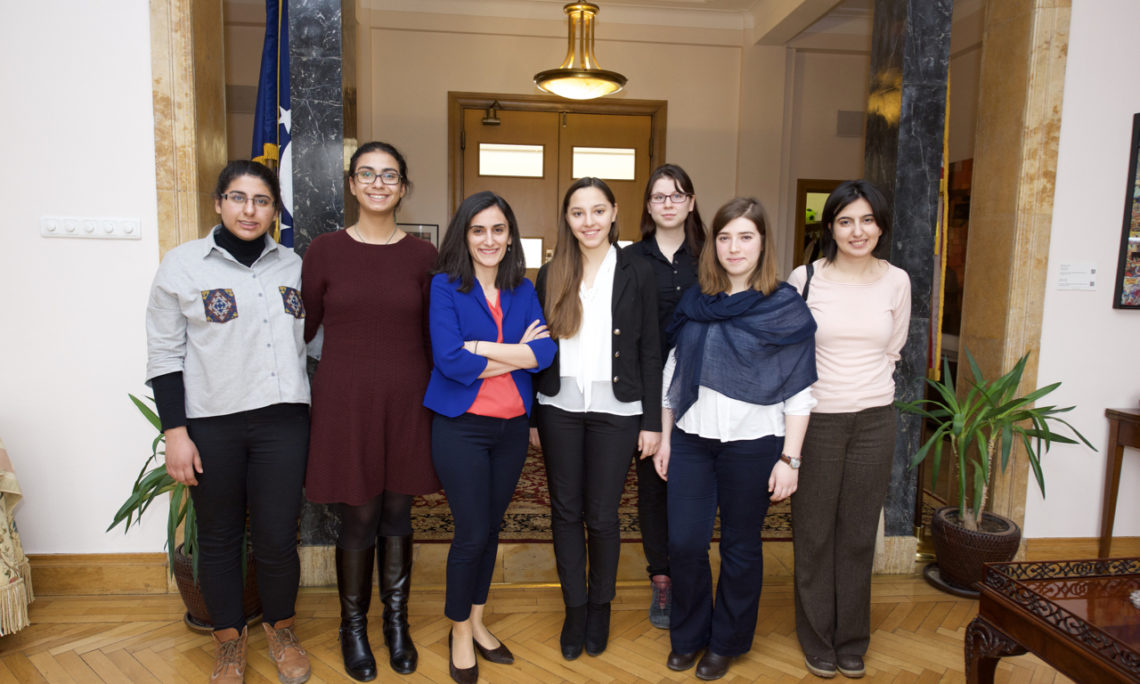 Canan Dağdeviren, renowned Massachusetts Institute of Technology (MIT) academic and Fulbright alumnus, was in Ankara on February 8, 2017. Dağdeviren started her program by meeting with Kennedy-Lugar Youth Exchange and Study (YES) and Study of U.S. Institutes (SUSI) female alumni who are also completing science degrees from some of the best universities in Turkey. During the meeting, Dağdeviren advised these prospective women scientists “not to give up on their passion for science when faced with obstacles that may seem too large to overcome”. One trick Dağdeviren shared, which she said has always been beneficial for her own career, was “to always be kind and courteous to others”. A simple “thank you” will always open new doors for their professional journeys, Dağdeviren noted. Another noteworthy suggestion from Dağdeviren is to “ask a lot of questions”. Dağdeviren assured that “some may not like this; however, I am sure you will come across an academic who appreciates your thirst for knowledge and help you advance your academic career.”

After the alumni meeting, Dağdeviren had a meeting with Ambassador John Bass. During the meeting, both exchanged ideas regarding the difficulties women face in the field of science. One of the hardships Dağdeviren noted is women’s hesitation to compete with their male counterparts when it comes to negotiating for salaries. When accepting a job offer from MIT, Dağdeviren told MIT to, “adjust my salary and make sure that I get a penny more than my male counterparts, not less”. Dağdeviren encourages young professional women to negotiate their salaries confidently.

Finally, Canan Dağdeviren met with a group of women working in science, technology, engineering and mathematics (STEM), consisting of representatives from civil society organizations and the science community in Ankara.  Throughout the meeting which was organized both by Flying Broom and the U.S. Embassy, Dağdevrien listened to observations from those attending on how to better involve young women in science. All group members collectively came up with some innovative ideas on how to topple barriers for women to advance in the field of science.