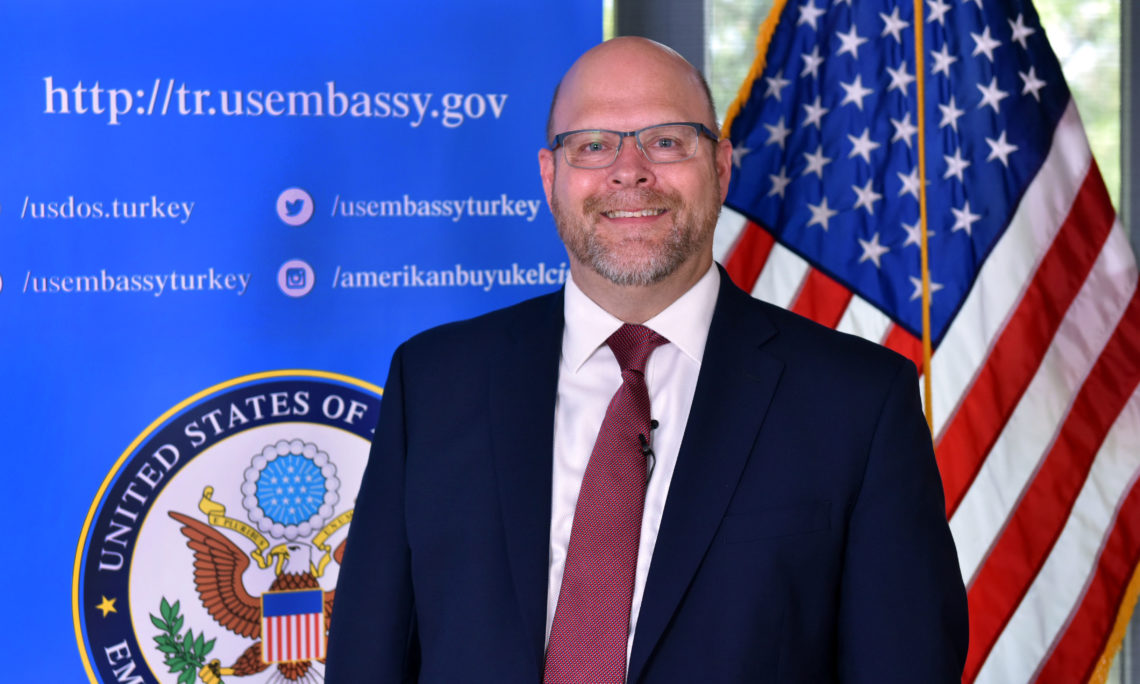 Jeffrey M. Hovenier began his assignment at the U.S. Embassy in Ankara, Turkey and assumed the duties of Chargé d’Affaires in August 2018. He came to Ankara after serving as Acting Deputy Chief of Mission and Minister-Counselor for Political Affairs at the U.S. Embassy in Berlin, Germany. A career member of the Senior Foreign Service, he has also served at U.S. missions in Croatia, Greece, Panama, Paraguay, and Peru; at the Organization for Security and Cooperation in Europe (OSCE); and on the staff of the UN Special Envoy for Kosovo Status.

His Washington assignments include service as Director for Central and Southeastern European Affairs at the National Security Council, and in the State Department’s European Bureau with responsibility for NATO and Central European Affairs.

Mr. Hovenier is a multiple recipient of State Department performance awards and holds government honors from the Republic of Kosovo. He grew up in Bellingham, Washington and holds a Master’s degree from Georgetown University and a Bachelor’s degree from Brigham Young University. He speaks German and Spanish and has studied Greek and Croatian. He is married to Laura Williams Hovenier. They have four adult children.