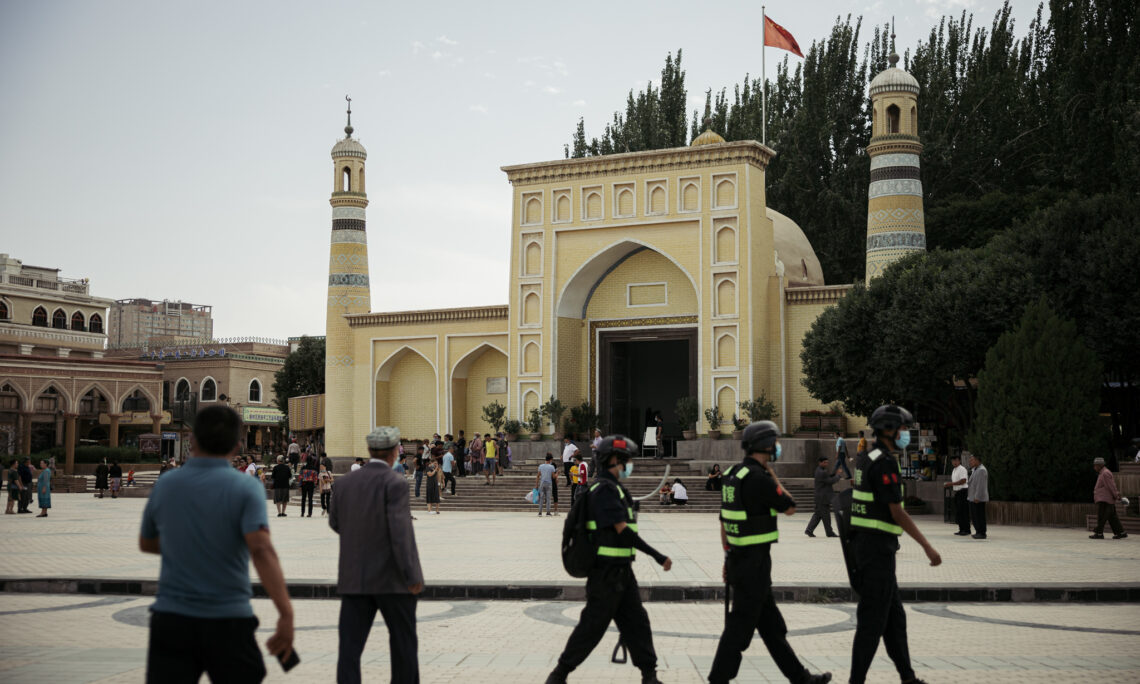 The People’s Republic of China is stepping up baseless prosecutions of Uyghur and other Muslim minorities, sentencing innocent people to years in prison, a new report says.

In a February 24 report, Human Rights Watch says that the PRC’s judicial system in Xinjiang has sentenced 250,000 Uyghur and other ethnic minorities to prison, and that cases for which information is publicly available suggest many are sham prosecutions based on little evidence.

“Despite the veneer of legality, many of those in Xinjiang’s prisons are ordinary people who were convicted for going about their lives and practicing their religion,” HRW Senior China Researcher Maya Wang says in the report, “China: Baseless Imprisonments Surge in Xinjiang.”

Beijing is severely repressing the human rights of Uyghurs and other predominantly Muslim minority groups. U.S. Secretary of State Antony Blinken has called the PRC’s treatment of Uyghurs genocide.

While the PRC’s internment of Uyghurs in so-called “political education” camps has sparked outrage, the HRW report focuses on a spike in formal prosecutions. Courts in Xinjiang sentenced 133,198 people to prison in 2018, up from 99,326 sentenced in 2017 — a 34% increase in just one year.

According to the New York Times, Xinjiang’s incarceration rate is more than five times that of other parts of China.

The “groundless prosecutions” stem from the PRC’s “Strike Hard Campaign Against Violent Terrorism,” launched in late 2016. HRW says the purported counterterrorism campaign targets religious or political ideas that do not conform to Chinese Communist Party doctrine and casts Turkic Islam as an “ideological virus.”

Gene Bunin, founder of the Xinjiang Victims Database, says Uyghurs and other minorities have received lengthy prison sentences without a public verdict or even a trial.

The report says Uyghurs and ethnic Kazakhs are sentenced under vague laws, such as “picking quarrels and provoking trouble,” or for listening to “extremist” content.

According to HRW, the unjust sentences include:

“The authorities pressure the police, [prosecutors], and courts to cooperate to deliver swift and harsh punishment, leading to summary trials, the processing of [a] large number of cases in a short time, and a suspension of basic procedural rights under Chinese law,” HRW says in the report.