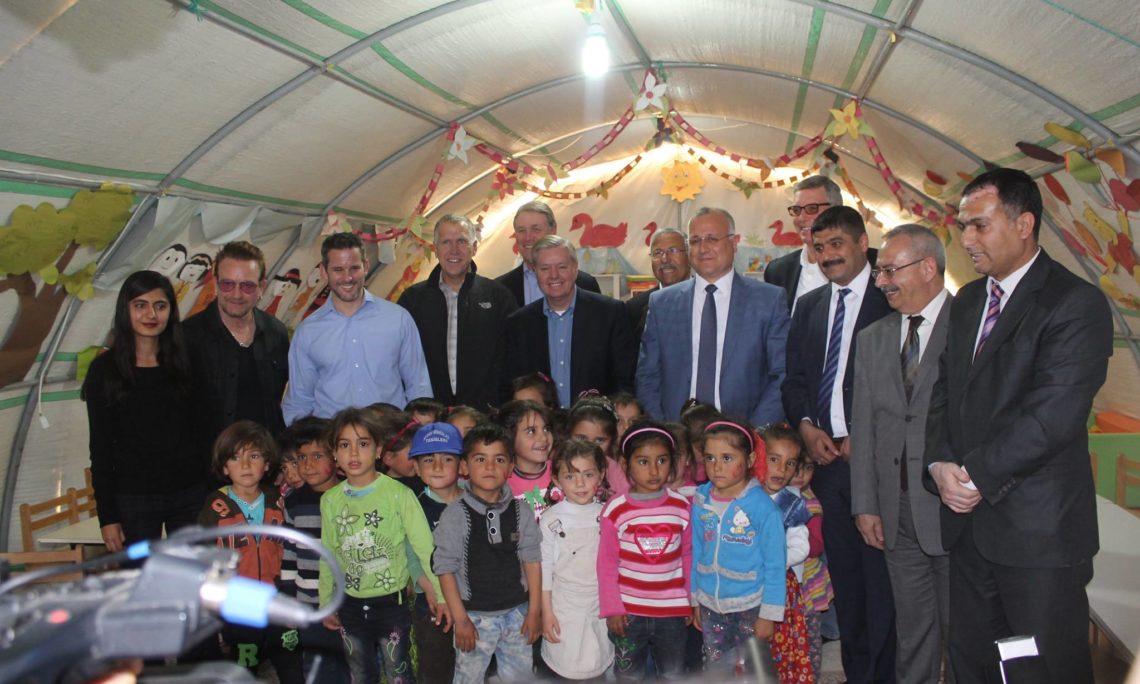 Senator Graham and other Senators and Congress Members, as well as Bono with Syrian Children in Tent Camp

U2 lead singer and philanthropist Bono accompanied a delegation of U.S. Senators and Congressmen in a visit on April 1 to a Syrian refugee camp in southeastern Turkey’s Gaziantep province.

The Irish singer sang songs with children attending a school at the camp, after a chorus of children welcomed the group with songs in Arabic.

Speaking to reporters after meeting refugees, Lindsey Graham, on a Middle East tour with fellow politicians, said he thanked the Turkish government for their efforts to care for refugees and praised the conditions at the refugee camp. He extolled the high standards in the camp and education services for children, as well as vocational training for Syrian adults and health services. Graham said he and fellow senators would drum up more support for Turkey’s efforts in hosting refugees.