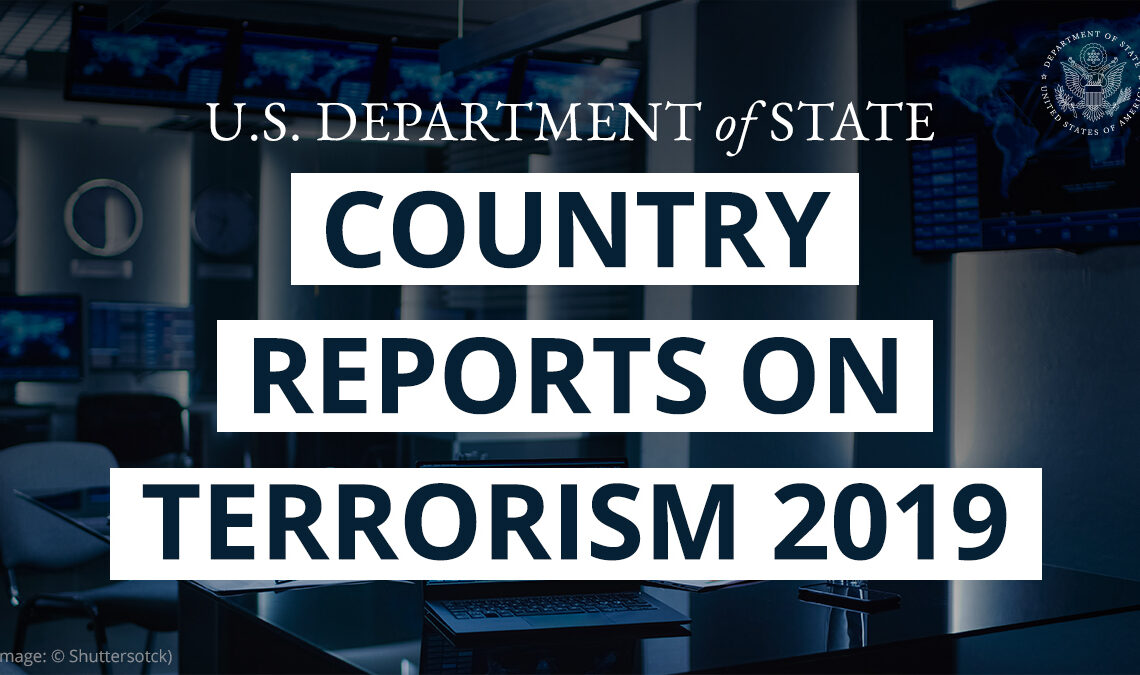 Overview:  Turkey continued its efforts to defeat terrorist organizations both inside and outside its borders, including the PKK and ISIS.  Turkey remained an active contributor in international CT fora, including the GCTF.

Turkey is a source and transit country for FTFs seeking to join ISIS and other terrorist groups fighting in Syria and Iraq.  Turkey is an active member of the Global Coalition to Defeat ISIS, co-chairs the Defeat-ISIS Coalition FTF Working Group, and continued to provide access to its airspace and facilities for Coalition CT operations in Iraq and Syria.  According to public data, as of November, Turkey’s “Banned From Entry List” included about 76,000 individuals.  Since 2011, Turkey has repatriated more than 7,800 FTFs from more than 100 countries.  As part of a new push to return suspected ISIS members and family members to their home countries, between mid-November and early-December 2019, the Turkish government deported or denied entry for more than 70 individuals for alleged terrorism. The Ministry of Interior reported that, as of December 9, there were 1,174 ISIS members and 115 al-Qa’ida members in Turkish custody.

The PKK continued to conduct terrorist attacks in Turkey and against Turkish interests outside of Turkey.  Turkey’s security forces conducted operations domestically along with military operations in northern Iraq and northern Syria.  International Crisis Group, an NGO, assessed that, in the first 11 months of the year, 26 civilians, 82 security force members, and 343 PKK militants were killed in Turkey’s eastern and southeastern provinces in PKK-related incidents.  Detentions and arrests of individuals suspected of aiding or having sympathies toward the PKK, including some elected politicians, continued in 2019.  The government continued to restrict some freedoms and elements of the country’s rule of law system under broad counterterrorism legislation.  Prosecutors used a broad definition of terrorism and threats to national security to file criminal charges against and prosecute a broad range of individuals, including journalists, opposition politicians, activists, and others critical of the government.

Two Turkish National Intelligence Organization (Milli Istihbarat Teskilatı) officers who were kidnapped in 2017 by the PKK in northern Iraq, remained missing at year’s end.  In July, attackers presumed to be part of the PKK assassinated a Turkish diplomat in a café in Erbil, Iraq.  As a CT partner of the United States, Turkey received U.S. assistance to address the terrorist threat posed by the PKK in 2019.

In the aftermath of the July 2016 coup attempt, the Turkish government labeled the movement of self-exiled Fethullah Gulen as the “Fethullah Terrorist Organization” (“FETO”).  “FETO” is not a designated terrorist organization in the United States.  The government continued to detain and arrest Turkish citizens, as well as foreign citizens resident in Turkey – including U.S. citizens and locally employed staff at the U.S. Mission to Turkey – for alleged “FETO” or terrorism-related links, often on the basis of scant evidence and minimal due process.  The government also regularly sought to extradite Turkish citizens resident abroad on terrorism related charges to prosecute them at home for alleged links to “FETO.”  The government also continued to dismiss military, security, and civil servants from public office in 2019.  Since the 2016 failed coup attempt, the government has dismissed or suspended more than 130,000 civil servants and members of the armed forces from public office, arrested or imprisoned more than 80,000 citizens, and closed more than 1,500 NGOs for alleged “FETO” links.

Legislation, Law Enforcement, and Border Security:  Turkey has a broad definition of terrorism that includes crimes against constitutional order and internal and external security of the state.  The law criminalizes expression that justifies, praises, or incites persons to use coercion or violent methods used by a terrorist organization.  The government regularly invoked the law to criminalize the exercise of freedom of expression, freedom of assembly, and other human rights.  According to the Ministry of Interior, authorities referred more than 10,000 social media accounts to judicial authorities for alleged terrorist-related propaganda in the first quarter of the year alone, with more than 3,600 users facing legal action for their social media activities.  Turkey has advanced law enforcement capacity to combat terrorism, and efforts continue to streamline interagency information sharing.

The government announced in October that Turkey would take custody of ISIS members and their families in Turkish-controlled areas within Syria.  The Ministry of Foreign Affairs said that it would work with countries of origin and international organizations to rehabilitate spouses and children who had not been involved in crimes and would support efforts by countries of origin to repatriate, prosecute, and rehabilitate all FTFs in Syria and their families members.   Turkey sometimes deports suspected FTFs without providing advance notice or relevant derogatory information to the destination countries.  Following a November 11 deadline imposed by the Ministry of Interior for home countries to begin repatriation of their FTF citizens, at least some FTFs were repatriated over the explicit objections of their home countries.

Countering the Financing of Terrorism:  Turkey is a member of the FATF.  Its FIU, the Financial Crimes Investigation Board (MASAK), is a member of the Egmont Group.  Turkey is also a member of the Defeat ISIS Coalition’s CIFG.  In December, FATF published a Mutual Evaluation Report that reviewed Turkey’s compliance with FATF standards and the effectiveness of Turkey’s AML/CFT system and found serious shortcomings.  To address these issues, MASAK has embarked on an action plan, which FATF will review at the end of the year.

Countering Violent Extremism:  The Turkish National Police (TNP) undertakes social projects, activities with parents, and in-service training for officers and teachers.  Programs prepare medical, community, and religious officials to intervene to undermine terrorist messaging and to prevent recruitment.  The Ministry of Justice implements some rehabilitation and reintegration programs for convicts and former criminals.  The Ministry of Interior claimed in December that it has been in contact with the family members of more than 5,300 PKK members in Turkey and abroad and had used these connections to convince more than 600 PKK members to surrender.

Turkey’s Religious Affairs Presidency (Diyanet) reports that it works to undermine terrorist messaging by promoting what it sees as an “inclusive” version of Islam.  All Hanafi Sunni imams in Turkey officially must be employees of Diyanet.

The city of Antalya is a member of the SCN.

International and Regional Cooperation:  Turkey is a member of the UN, NATO, the CT Committee for the CoE, and the Global Coalition to Defeat ISIS, and it co-chairs, with Kuwait and the Netherlands, the Defeat-ISIS FTF Working Group.  Turkey hosted two meetings of the FTF Working Group in Ankara during the year.  Turkey regularly participates in GCTF meetings and initiatives.  Turkey also contributes to the International Institute for Justice and the Rule of Law, a GCTF-inspired institution, and provides expert support to assist training for judges and prosecutors handling terrorism cases.  Turkey participates in OSCE expert meetings on the Prevention of Violent Extremism and Radicalization that Lead to Terrorism organized by the OSCE Office of Democratic Institutions and Human Rights and the OSCE Secretariat.

Turkey has bilateral security cooperation agreements with more than 70 countries.  The TNP contributes to CT capacity-building programs of partner countries and offers specialized international law enforcement training in a variety of sectors, including CT.