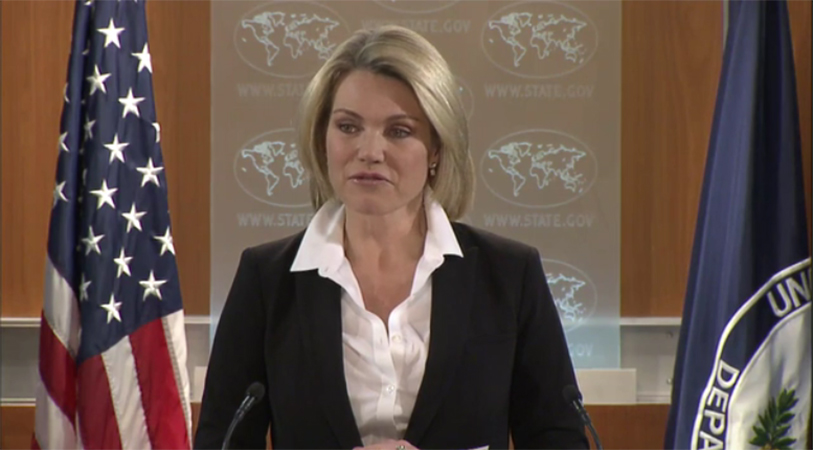 QUESTION: Thank you. On Turkey. There is a gold trader whose name is Reza Zarrab who has been arrested for 18 months, and his case – his trial is about to start next week. It’s a judicial process, but Turkish President Erdogan and many of leading figures from the governing party have been talking about it. And just today Turkish president said it is a plot against Turkey, and he said that this is something – this case – something cooked the same trick up in United States as it happened in Turkey. There’s a court action case. Are you trying to cook a plot against Turkey? What’s your response?

MS NAUERT: We’ve heard that story, that old same song and dance from Turkey before, and I would have to give you the same answer as last time they accused us of trying to foment some sort of a coup. And I would say that is ridiculous. We are not engaged in that. Anything related to that particular case, I’d just have to refer you to the Department of Justice.

QUESTION: Heather, can I have a follow-up with you?

QUESTION: Turkey is a NATO ally. At what point do these sort of statements and this war of words – I mean, you yourself said this was ridiculous. At what point does that lead the U.S. to sort of reassess its relationship and its alliance with Turkey and set out some sort of change in that relationship?

MS NAUERT: Well, as we’ve seen this year, there are some countries where we have – our relationship with these countries can ebb and flow sometimes. You have – like a marriage. You have a good day and sometimes you have a bad day, right?

MS NAUERT: And so somebody may say something that later they regret saying. They are a NATO member. They are a valued ally of the United States. We have had a strong relationship with Turkey. But really, just making comments about the United States trying to foment a coup is just – is simply ridiculous. And I think they recognize – I think they recognize that as well.