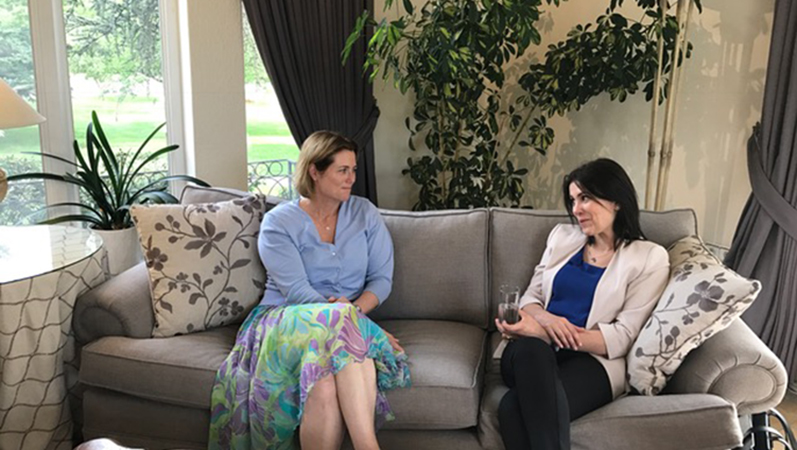 Holly Holzer Bass hosted Saadet Ozkan, winner of the U.S. Department of State’s International Woman of Courage Award, at her residence in Ankara.  Ozkan discussed her recent trip to the United States and how it influenced her in establishing an NGO in Turkey to support young victims of abuse.

The Secretary of State’s International Women of Courage Award annually recognizes women around the globe who have demonstrated exceptional courage and leadership in advocating for peace, justice, human rights, gender equality, and women’s empowerment, often at great personal risk. Since the inception of this award in 2007, the State Department has honored over 100 women from more than 60 different countries.