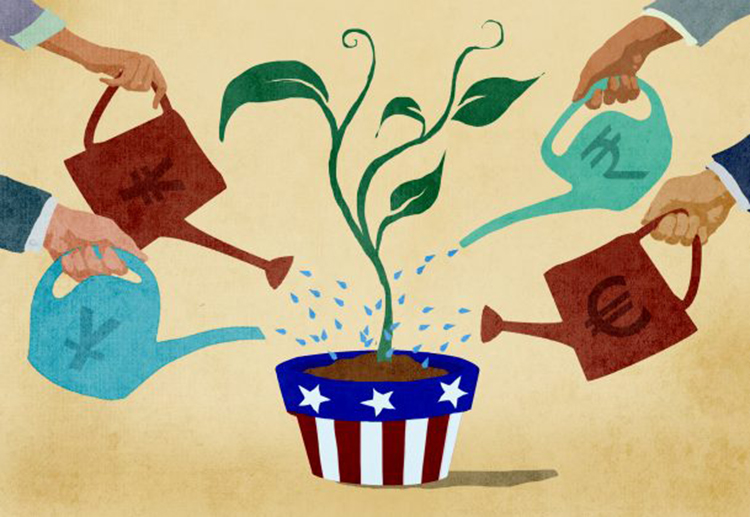 Want to grow your business? Think about taking it to the United States.

The U.S is home to more foreign direct investment than any other country, and subsidiaries of overseas firms employ 6.4 million U.S. workers. This is partly because America offers access to the largest consumer market as well as strong protection for companies’ intellectual property.

U.S. states, counties and cities compete with one another to attract overseas investors while relying on the U.S. Commerce Department’s trade experts to help welcome such investors and to serve as a matchmaker.

Many deals get their start at the Commerce Department’s annual SelectUSA Investment Summit. The most recent summit drew 1,200 international investors, Cabinet secretaries, governors, mayors and hundreds of representatives of economic development agencies from across the United States.

“We create a place where business deals actually happen,” Commerce Secretary Wilbur Ross said at the June summit. He praised the German candy company Haribo for deciding to build a $250 million plant in Wisconsin.

BMW, though its world headquarters is in Munich, makes more cars at its plant in Spartanburg, South Carolina, than in Germany or anywhere else. It employs 70,000 U.S. workers who have the skills the company needs to meet production targets.

“It’s been nothing but success” since the automaker came to the United States four decades ago, says Ludwig Willisch, former president and chief executive of BMW of North America. “We came because of the stable economic and political framework and the skilled workforce.”

Governor Henry McMaster of South Carolina, a pacesetter in attracting companies from other countries, gave out his personal mobile phone number at the summit and invited investors to call him with their questions at any time.

Safra Catz, the chief executive of U.S. technology giant Oracle, says that although Oracle generates over half its revenue overseas, it invests 80 percent of its research-and-development budget here. “We get phenomenal entrepreneurs, educated workers and protection for great ideas,” she says.

The summit gave businesses of every size opportunities to make connections and learn of possibilities for starting joint ventures, opening subsidiaries or revitalizing old factories.

The Vietnamese company Thien Tan Investment and Construction of Quang Ngai, which builds solar power plants, already has a joint venture with a milk-products company in Temecula, California. Now it is looking to buy real estate and build houses. “It’s safe here, it’s open. This is the dream of everybody to do business in the U.S.A.,” says financial executive Linh Mong Osteen.

Pakistani entrepreneur Malik Sohail Hussain, a leader of the Federation of Pakistan Chambers of Commerce and Industry, says he’ll encourage business chiefs back home to consider expanding to the United States.

“A lot of companies have invested in the Middle East and in joint ventures in China,” says Hussain, a construction company owner. “Why not with U.S. companies? We [Pakistan and the U.S.] are together for the last 70 years.”

Jeffrey Immelt, General Electric’s now-retired chief executive, sent a message at the recent summit when he told leaders of international businesses, “If you want to build your brand, don’t buy ads. Build factories.”