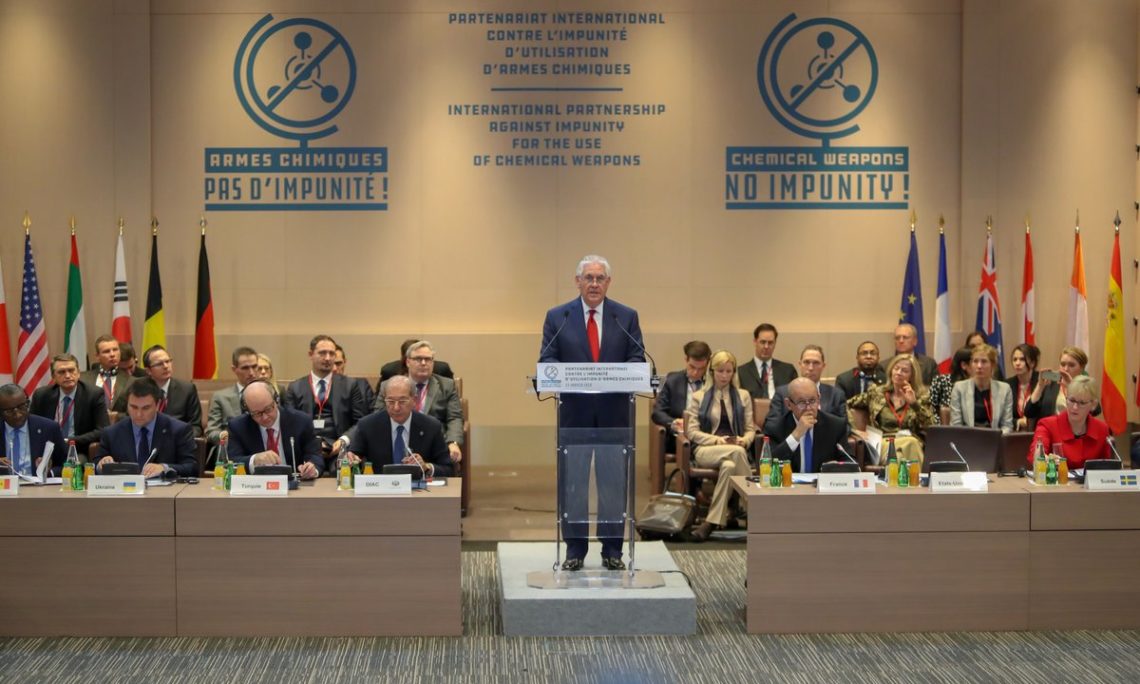 The “International Partnership against Impunity for the Use of Chemical Weapons,” initiated by France, represents a political commitment by participating countries to hold to account those responsible for the use of chemical weapons. Countering weapons of mass destruction is a priority reflected in the new U.S. National Security Strategy. The Secretary of State’s participation in the January 23, 2018 Partnership launching conference illustrates the importance that the United States places to hold accountable those involved in the use of chemical weapons.

The Partnership supports and complements existing organizations and mechanisms, including the Chemical Weapons Convention (CWC). OPCW Director-General Ahmet Üzümcü’s participation in the launch reinforces this message of support.

Participating States will work together in six core areas, as stated by its Declaration of Principles: