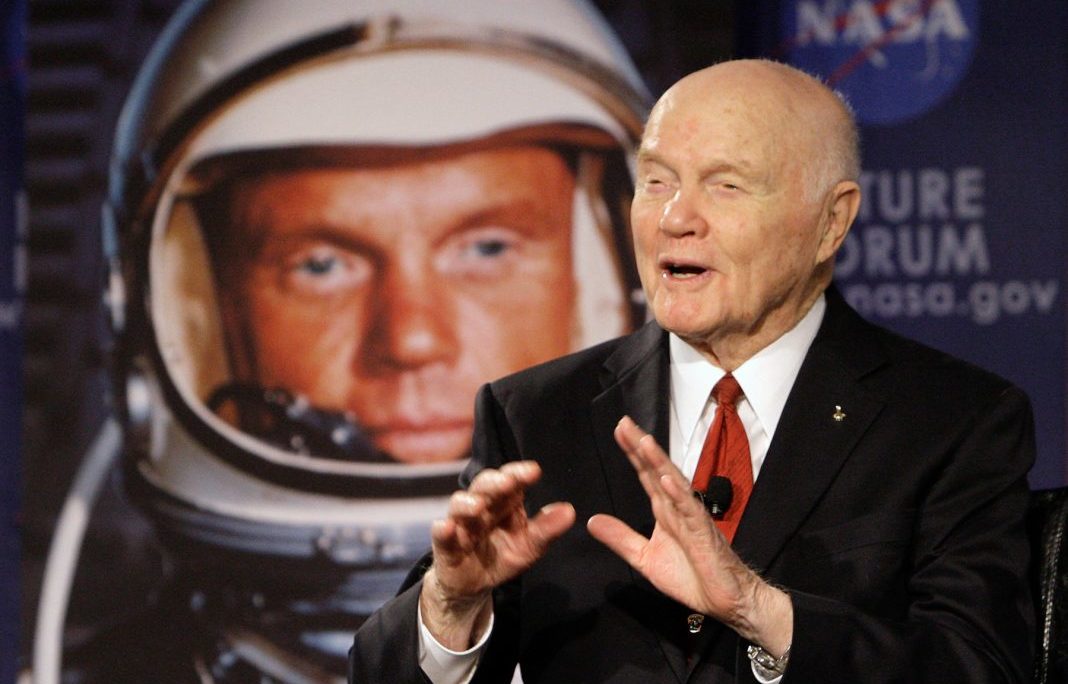 “Every bit of human progress that’s ever been made occurred because somebody was curious about doing things in a new or different ... way,” said John Glenn, who died at 95. (© AP Images)

John Glenn, whose 1962 flight as the first U.S. astronaut to orbit the Earth made him an international hero and propelled him to a long career in the U.S. Senate, died December 8. The last survivor of the original Mercury 7 astronauts was 95.

Before his first flight, Glenn reportedly asked Katherine Johnson, legendary NASA mathematician, to double-check the electronic computer’s calculations for his milestone launch into orbit in February 1962.

“Godspeed, John Glenn,” fellow astronaut Scott Carpenter radioed in 1962 just before Glenn thundered off a Cape Canaveral launch pad in Florida, to a place America had never been. Glenn was 40 years old at the time.

We remember American legend Sen. John Glenn. Statement from our Administrator Charles Bolden on Glenn’s passing [/caption]
Before he gained fame orbiting the world, he was a fighter pilot in two wars. As a test pilot, he set a transcontinental speed record. He later served 24 years in the Senate from Ohio.

He returned to space in the shuttle Discovery at age 77 in 1998, setting the record for the oldest person in space.

Glenn said he was often asked if he was afraid, and he replied, “If you are talking about fear that overcomes what you are supposed to do, no. You’ve trained very hard for those flights.”

‘No cure for the common birthday’

Glenn spent 24 years in the U.S. Senate, becoming the longest-serving senator in state history. He announced his retirement in 1997, exactly 35 years after he became the first American in orbit, saying, “There is still no cure for the common birthday.”

Glenn returned to space in a long-awaited second flight in 1998 aboard the space shuttle Discovery, where he performed multiple experiments for NASA.

In 1943, Glenn married his childhood sweetheart, Anna Margaret Castor. They met when they were toddlers, and when she had mumps as a teenager, he came to her house, cut a hole in her bedroom window screen and passed her a radio to keep her company, a friend recounted.