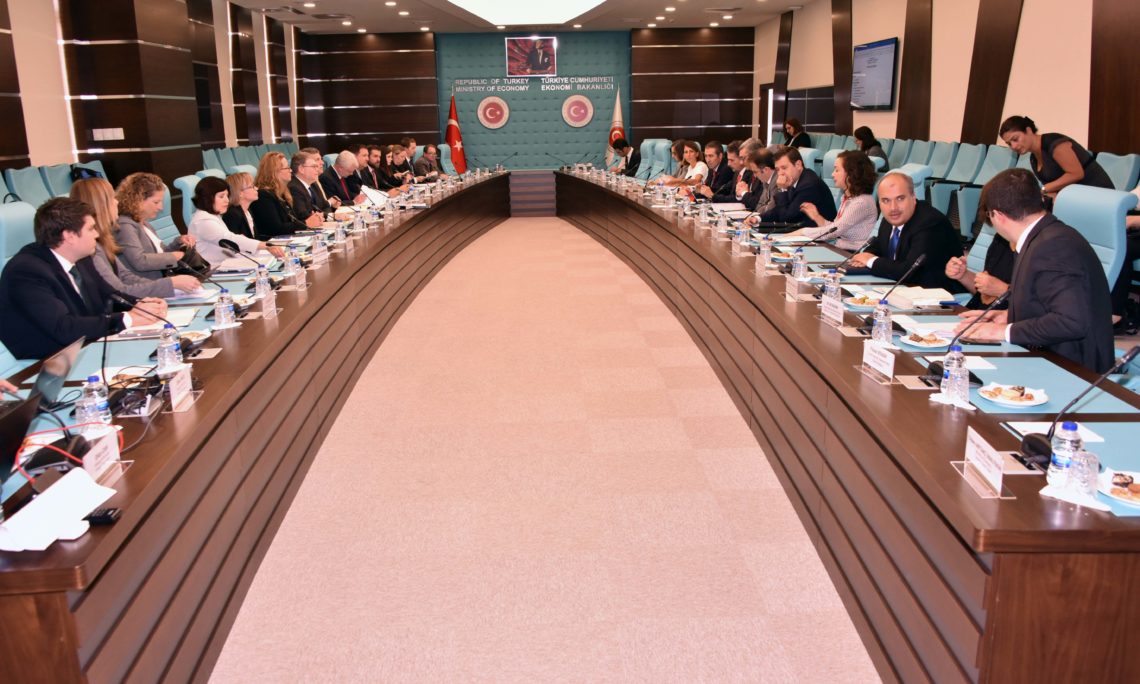 ANKARA, TURKEY – The United States-Turkey Trade and Investment Council met on September 12-13, 2017 in Ankara under the auspices of the bilateral Trade and Investment Framework Agreement (TIFA).  This was the tenth meeting of the Council held since the TIFA was signed in 1999.

The U.S. and Turkish delegations discussed a variety of market access and related issues, with a view to exploring ways to expand bilateral trade, increase investment, and create jobs.

The Council acknowledged the importance of improving the overall private sector business climate between the two nations.  To this end, both sides committed to enhancing dialogues concerning agricultural and digital trade. Both Sides will also explore possible ways for further work on fields such as trade facilitation, export financing, innovation, advanced manufacturing and startups.

The Council agreed to follow up with concrete actions and agreed to hold the next formal Council meeting in the second half of 2018 in Washington.