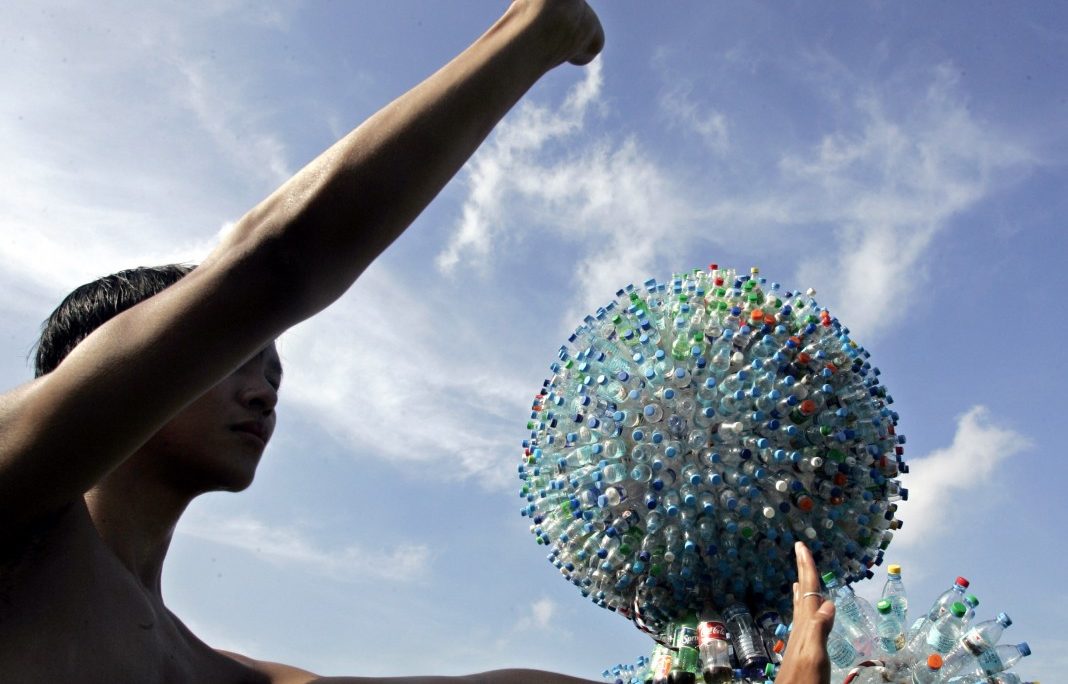 By ShareAmerica – Earth Day is celebrated every year on April 22. The Earth Day Network, a loose coalition of 22,000 groups in 192 countries, coordinates activities that raise awareness of local environmental issues, as well as global climate change.

▲ U.S. Senator Gaylord Nelson came up with the idea for a “national teach-in on the environment” to encourage an emerging public awareness of air and water pollution. On April 22, 1970, around 20 million Americans, including these New Yorkers, demonstrated for environmental protection. Soon thereafter, the U.S. Environmental Protection Agency was created, major environmental laws were enacted, and the environmental movement was born.

▲ In 1990, with the support of international activists, Denis Hayes, the Earth Day national coordinator, expanded the event globally. By the mid-1990s, Earth Day had been adopted worldwide as a way for communities, nongovernmental organizations and schools to express their environmental concerns and educate others. Participants engage in activities that range from the practical, such as tree-planting and cleanup projects, to the celebratory, including concerts and fairs, to the spiritual, such as this 1999 mass meditation by Buddhist monks in Thailand.

▲ Earth Day 1990 also helped pave the way for the first United Nations Earth Summit in Rio de Janeiro in 1992. This and subsequent developments have brought to public attention our wasteful use of natural resources and boosted recycling efforts worldwide. Today, close to half of all U.S. waste, including aluminum cans, is recycled or recovered, compared with 7 percent in 1960. Many other countries have also made significant progress in recycling and other activities that protect the environment.

▲ Since more than half of the world’s population lives in cities, reversing climate change requires urban areas to become more sustainable. A vision of cities that rely on energy-efficient buildings, renewable energy and green public transportation guides Earth Day Network’s Green Cities campaign. With this 5-megawatt solar installation, built in 2012, Yuma, Arizona, is well on the way to becoming a greenopolis.

▲ Environmental actions do not begin and end on Earth Day. Individuals, groups, businesses and governments make specific pledges to adopt environmentally friendly practices — such as washing laundry in cold water, riding a bike to work or planting a garden — and  work to fulfill them. A father and daughter who started an urban garden in Hong Kong were among those who registered more than a billion pledges before Earth Day 2012.

▲ Educational activities have benefits that last long after Earth Day passes. In Springfield, Oregon, Guy Lee Elementary School custodian Bradley Barnhart teaches students ways to lead more sustainable lives. More aware of environmental dangers than any previous generation, these and other students are likely to give a boost to environmental efforts in the future.

▲ Climate change and pollution threaten the ocean worldwide. In the U.S., there are over 1,600 marine protected areas designed to protect marine habitats. Here, fish are seen around a coral reef in the Papahānaumokuākea Marine National Monument in Hawaii. Learn more from our free poster and support the establishment of marine protected areas!

▲ In the 45 years since the first Earth Day, environmental consciousness has reached the farthest corners of the world. Today, more than 1 billion people in 192 countries participate in the event. They view global warming and environmental degradation as major concerns. But without a global agreement on climate change, our planet remains at risk. So on Earth Day 2015, make your own contribution to the fight against global warming and press your government to work toward a climate deal.