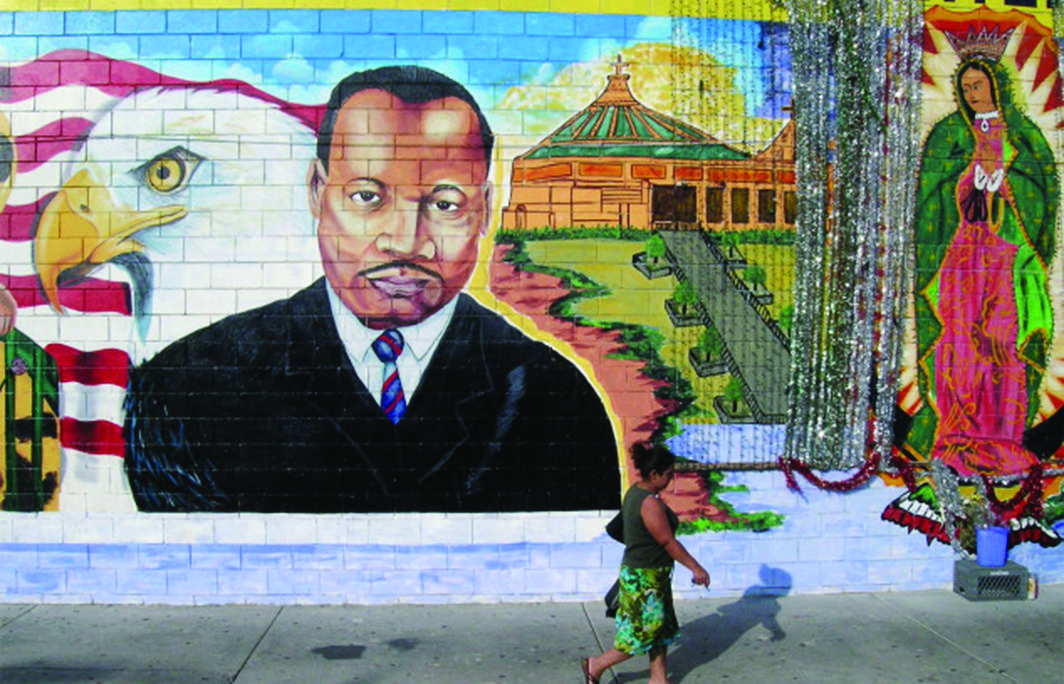 “I just want the most spontaneous ones,” said Camilo Vergara, referring to his photos of street art depicting Martin Luther King Jr., “the ones that came from the gut.”

Vergara is a Chilean-American sociologist and photographer who has documented urban American culture since the 1970s. Among his archives are pictures of hand-painted murals of King. He tries to avoid “the ones that have too many people’s hands on the work.”

Statues of King commissioned by local governments and created by well-known sculptors — including a memorial on Washington’s National Mall — grace cities across America. But Vergara documents a different kind of tribute to King: These murals were painted by amateurs on the brick walls of small groceries, churches and abandoned buildings.

Through the decades, he said, local and national leaders have come and gone as popular subjects for city murals. But something is different about America’s most prominent civil rights leader. “Martin Luther King has staying power,” he said.

Painters of the murals often work from iconic photographs of King, according to Vergara. “But they take liberties with them,” changing the context in which King appears to suit the diverse neighborhoods.

“People see some sort of primordial American experience playing out on the walls of these poor neighborhoods. And that’s true,” Vergara said. “But there is also another side, which is a practical side. Many of these images are there because [residents] are trying to stop graffiti.”

Even graffiti artists, he said, hesitate to deface an image of Martin Luther King Jr.