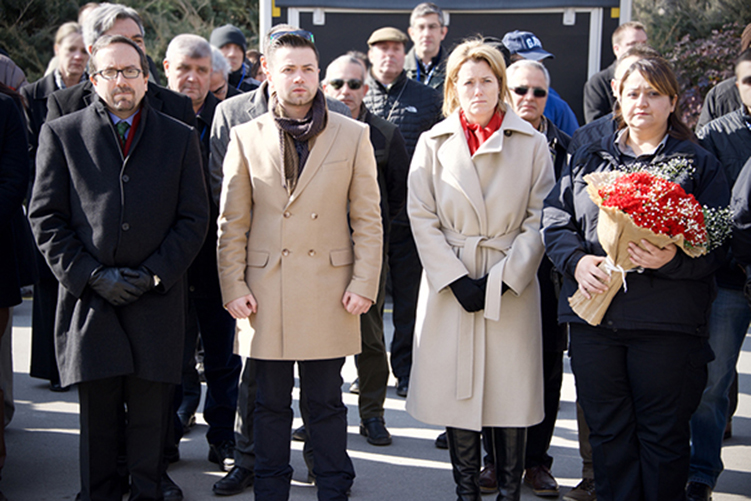 A memorial ceremony was held for Mustafa Akarsu, the Embassy security guard who heroically sacrificed his life during a suicide bomb attack against U.S. Embassy Ankara on February 1, 2013.

The commemoration ceremony took place at the Embassy’s memorial for Mustafa Akarsu, the design of which (a continually-flowing fountain) was inspired by his last name (“flowing water”). Participants included Ambassador John Bass, Deputy Chief of Mission Philip Kosnett, Embassy employees, and Akarsu’s son.

In 2013, then-Secretary of State John Kerry, while attending a memorial ceremony at the Embassy following Akarsu’s tragic loss, presented the “Thomas Jefferson Star” to his wife, Yasemin, and their children, Sami and Hilal, in honor of Mustafa Akarsu’s heroism. The medal, a rare honor, is presented by the White House to those killed or severely injured due to heroic actions while performing official duties at a U.S. diplomatic mission.

We will remember our lost friend and colleague Mustafa Akarsu with love and respect, and his heroism and courage will forever remain in our hearts.