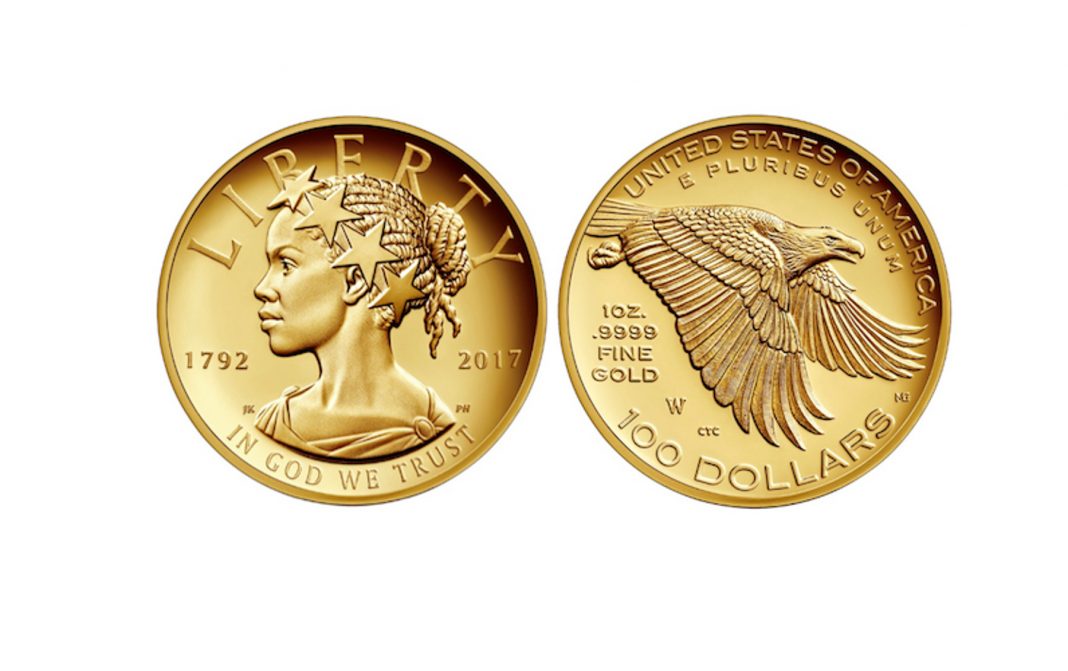 For the first time in the history of U.S. currency, the United States will make a special gold coin featuring Lady Liberty as an African-American woman.

The coin commemorates the 225th anniversary of the Mint, the part of the U.S. Treasury that produces U.S. coins. While the coin, valued at $100, is legal money, people won’t use these coins when they shop. Instead many people collect these kinds of coins, called commemorative coins.

Lady Liberty doesn’t represent a real person; she symbolizes freedom. The Statue of Liberty in New York Harbor, a gift from France to the U.S., is probably the best-known depiction of this symbol.

The 2017 American Liberty 225th Anniversary Gold Coin will be made of 24-karat gold and will go on sale in April. The reverse of the coin will feature a bald eagle in flight. The bald eagle is a U.S. national symbol.

The Treasury Department has acted to increase the representation of women and people of color on U.S. currency, including plans to redesign the $20 bill to feature a portrait of Harriet Tubman in 2020.