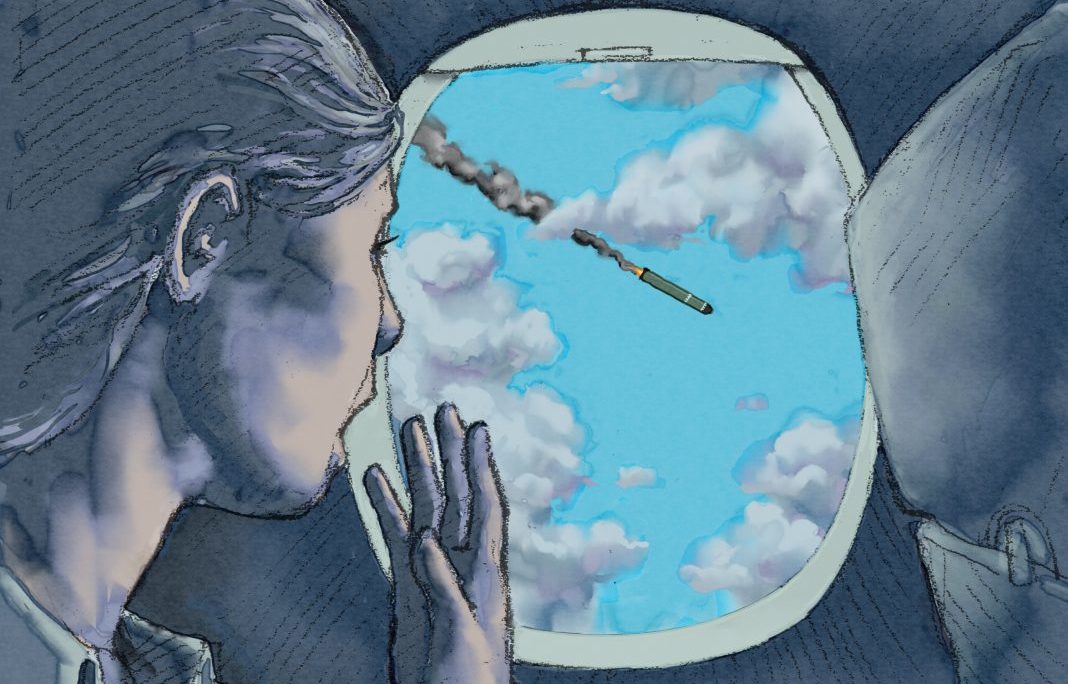 What would you think if you were traveling by air and looked out the airplane window and saw a missile?

For people flying in East Asia, it’s not a far-fetched idea. On November 28, 2017, crew members on a commercial flight from San Francisco to Hong Kong witnessed parts of North Korea’s intercontinental ballistic missile test flying through the sky.

“The potential for a North Korean missile or parts of it to affect civilian aircraft is real,” Secretary of State Rex Tillerson said at a January 16 meeting in Vancouver with ministers from 20 nations who gathered to discuss security and stability in the Korean Peninsula. The meeting brought together nations committed to stopping North Korea’s dangerous nuclear and ballistic missile programs.

Tillerson cited U.S. Federal Aviation Administration data showing the flight was just 280 nautical miles from where the missile landed, noting there were nine other flights within that range.

Over the course of that day, he said, an estimated 716 flights carrying up to a total of 152,110 passengers would pass through that same area.

“That’s a lot of people from a lot of countries being put at risk by an irresponsible testing of ballistic missiles,” said Tillerson, sitting in front of a map covered with hundreds of yellow airplanes representing flights in East Asia.

“North Korea’s willingness to launch missiles at any time presents a threat to people of all nationalities in the region’s airspace each day.” ~ Secretary of State Rex Tillerson

Twice in 2017, North Korea launched missiles over Japan, missiles that could have hit population centers, the secretary said.

“The security threat posed by North Korea’s nuclear and missiles program is no longer confined to Northeast Asia but has become truly global,” said South Korean Foreign Minister Kang Kyung-wha at the meeting. Several other ministers noted that the potential landing zone of the North Korean threat has been growing wider.

During the meeting, the ministers agreed their nations would work together to ensure that sanctions imposed on North Korea are strictly enforced and agreed to take steps to keep North Korea from evading sanctions.

The U.N. Security Council, which has imposed sanctions against North Korea since the nation’s first nuclear test in 2006, approved new sanctions in response to its sixth nuclear test on September 3, 2017. President Trump designated North Korea a “state sponsor of terrorism” in November 2017, and rounds of U.S. sanctions in late 2017 target individuals as well as shipping and transportation companies.

Many other countries have adopted measures in addition to U.N. sanctions, including economic sanctions and the expulsion of North Korean diplomats.

“Our nations repeated a unified message that we have sent the regime before,” said Tillerson. “We will not accept a nuclear-armed North Korea. All of us share one policy and one goal, and that is the complete, verifiable and irreversible denuclearization of the Korean Peninsula.”