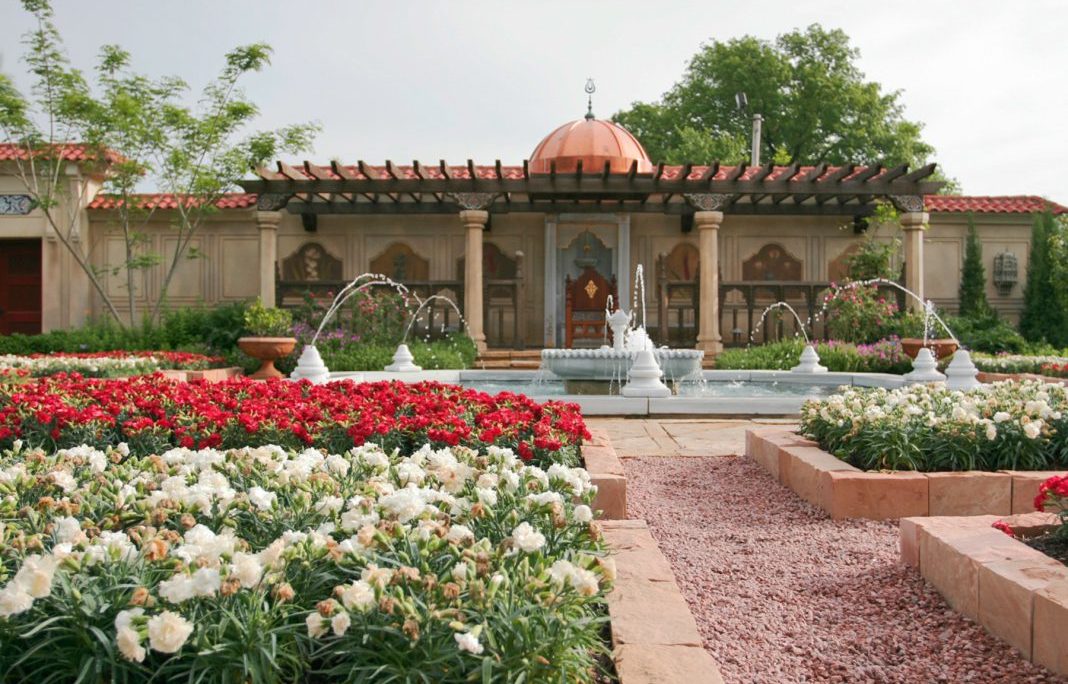 The plantings and layout of the garden recreate what a walled garden would have looked like during the Ottoman Empire. (Courtesy of Missouri Botanical Garden)

The Missouri Botanical Garden in St. Louis is home to a formal walled garden in the Ottoman tradition, a first of its kind in the United States.

The Bakewell Ottoman Garden contains plants that would have been grown in the 16th through the 19th centuries in what is now Turkey.

When St. Louis resident Edward Bakewell died in 1993, he left funds to his heirs to create a garden in his name within the Missouri Botanical Garden. In recognition of a family legend that connects Bakewell to the Ottoman world, his sons felt that this offered a suitable theme for their father’s bequest, as well as a complement to the Botanical Garden’s offerings.

St. Louis, Missouri, lies at approximately the same 40-degree latitude as Istanbul, providing a similar climate. The garden, which opened in 2006, includes nearly 9,000 rare, historic hybrid tulips, one of the largest such public displays in the U.S., as well as fruits, roses, herbs and colorful perennials.

A patio is covered with a wooden arbor, or chardak, which has a tiled roof, a dome and classic floral murals. A stone pedestal fountain, or cheshme, invites visitors to rinse their hands. Brick walkways lined with juniper trees and floral plots lead visitors to the central pool of water, the havuz.

The garden recreates sights and scents that would have been familiar to people of the Ottoman Empire and the Islamic world, resembling the Quran’s description of the Gardens of Paradise, with flowing water and abundant flora.