Home Anasayfa | News & Events | The president on the 9/11 anniversary: Our values endure 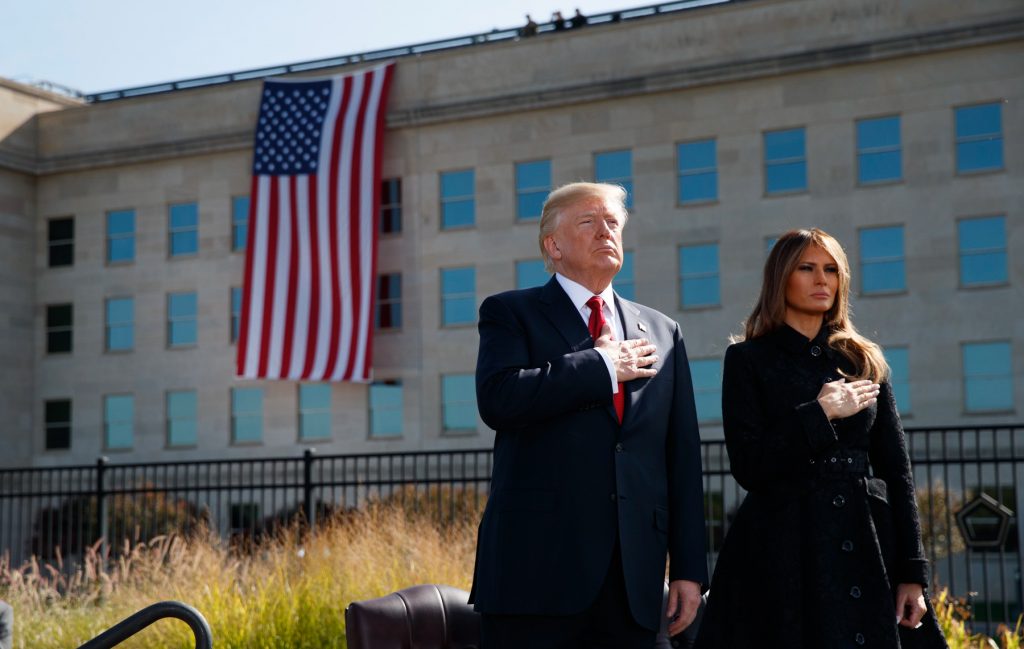 At the Pentagon, President Trump and first lady Melania Trump mark the anniversary of the September 11, 2001, terrorist attacks. (© AP Images)

On September 11, “in that hour of darkness, we also came together with renewed purpose,” President Trump said in marking the 16th anniversary of terrorist attacks on America.

The president was speaking at the the 9/11 memorial at the Pentagon, one of three U.S. sites attacked on September 11, 2001. He and first lady Melania Trump had observed a moment of silence at the White House earlier in the day at the exact moment that a hijacked airplane slammed into the World Trade Center in New York. Vice President Pence attended a ceremony at the 9/11 memorial in Somerset County, Pennsylvania, the third site.

“We mourn them, we honor them, and we pledge to never, ever forget them,” Trump said at the Pentagon in a solemn gathering of survivors, families who lost loved ones, military personnel and government officials.

“Their courage on that day remains an example of the character of the American people in the face of evil,” said Secretary of State Rex Tillerson, who also attended the event at the Pentagon.

In his remarks, President Trump thanked the 5 million young men and women who have joined the U.S. military since September 11, 2001, to ensure that terrorists never again have safe haven to launch attacks against the country. “America does not bend, we do not waver. And we will never, ever yield,” he said.

President Trump and The First Lady Lead a Moment of Silence