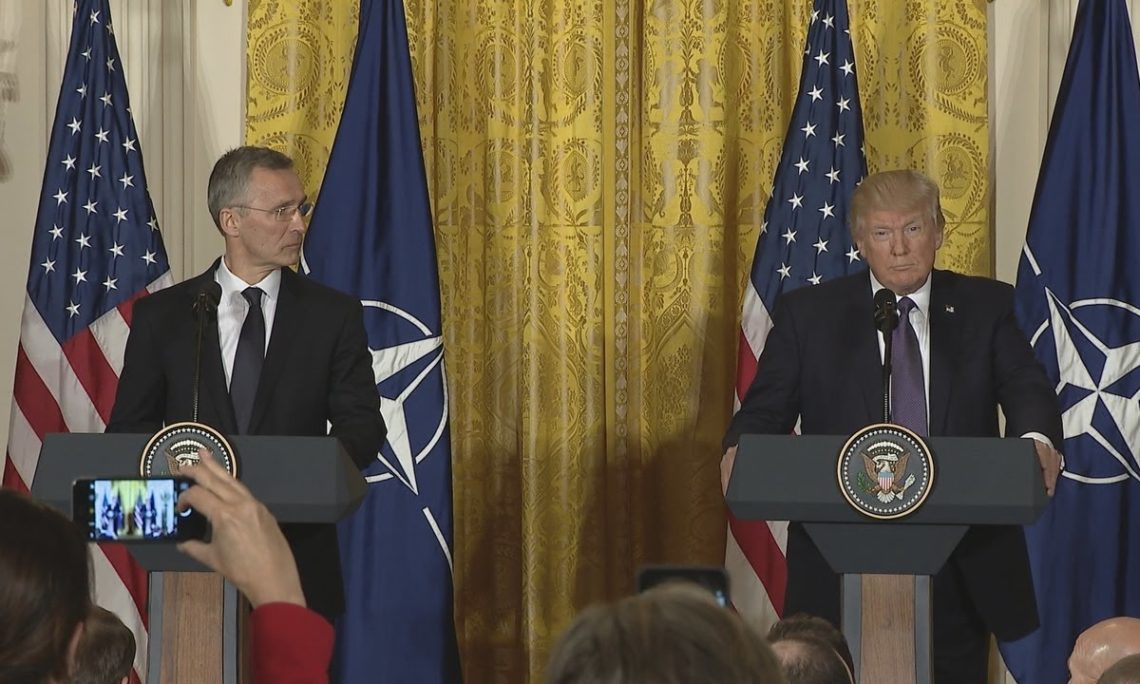 During a joint press conference with Secretary General Stoltenberg, President Trump recognized the NATO Alliance’s long history as a “bulwark of international peace and security.” Acknowledging NATO’s continued growth and efforts to meet its mandate, President Trump said, “Since 1949, the NATO member states have more than doubled, increasing from 12 to 28. On Monday, I signed the protocol to approve the 29th — the country of Montenegro. In the coming months and years, I’ll work closely with all of our NATO allies to enhance this partnership and to adapt to the challenges of the future — of which there will be many. This includes upgrading NATO to focus on today’s most pressing security and all of its challenges, including migration and terrorism.”

President Trump also stressed the need for NATO members and partners to invest in the Alliance to ensure we are all more secure and our partnership remains strong. President Trump noted, “In facing our common challenges, we must also ensure that NATO members meet their financial obligations and pay what they owe. Many have not been doing that. The Secretary General and I agree that other member nations must satisfy their responsibility to contribute 2 percent of GDP to defense.”

President Trump noted that every generation has strived to adapt the NATO Alliance to meet the challenges of their times and that current leaders will work together to do the same. President Trump emphasized that NATO partners must work together to resolve the situation in Syria and thanked NATO members and partners for their condemnation of Assad’s recent attack. President Trump said, “We must not be trapped by the tired thinking that so many have, but apply new solutions to face new circumstances. And that’s all throughout the world. We’re not here to stand on ceremony but to develop real strategies to achieve safety, security and peace. We’re here to protect the freedom and prosperity of our citizens and to give them the future they so richly deserve.“

In his closing remarks, President Trump again thanked the Secretary General for his visit and reaffirmed the U.S. commitment to the NATO Alliance and to the enduring values that we proudly share.