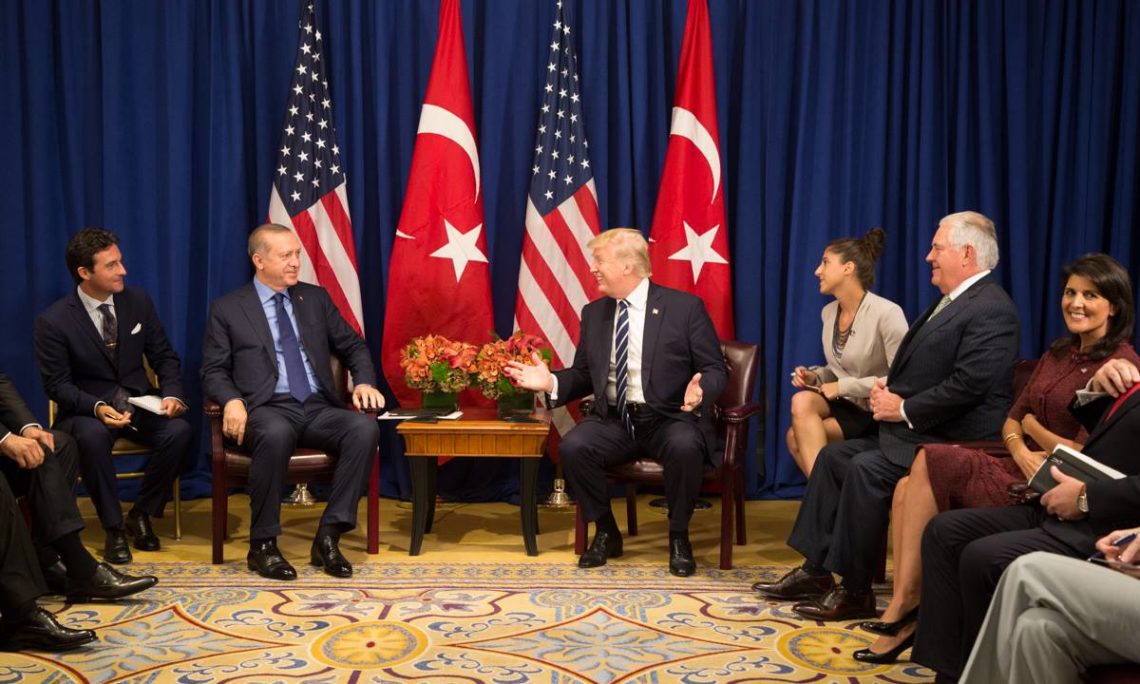 THE WHITE HOUSE
Office of the Press Secretary
September 21, 2017

President Donald J. Trump met today with President Recep Tayyip Erdogan of Turkey.  They reaffirmed the strategic partnership between the United States and Turkey and agreed to continue working together to foster regional stability and defeat terrorism in all its forms.  The two leaders reaffirmed their rejection of the planned Kurdistan Regional Government’s referendum on September 25th, and the serious consequences that would follow if it occurs.  They called on Kurdish leaders to accept the process of intense negotiations on all outstanding issues which the United States and Turkey are prepared to endorse and support.