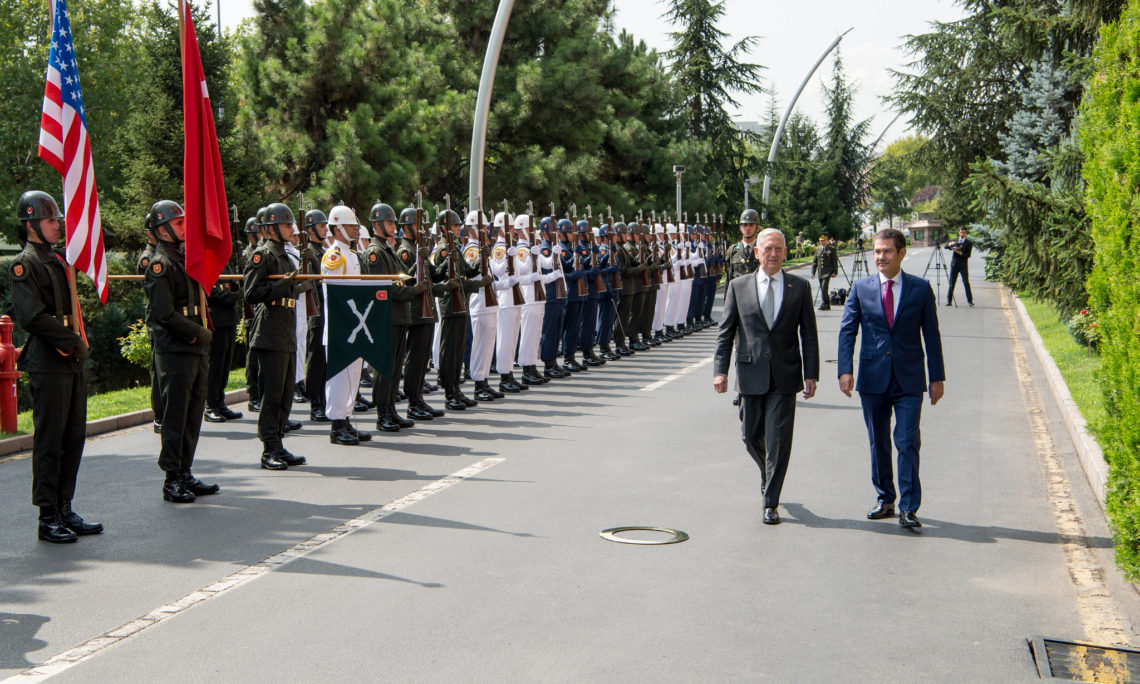 Secretary of Defense Jim Mattis met with Turkish Minister of Defense Nurettin Canikli and Turkish President Recep Tayyip Erdoğan today in Ankara. This was the first meeting between Minister Canikli and Secretary Mattis. They discussed the need for ongoing open and honest dialogue, the importance of territorial integrity of Syria and Iraq, and concern over Iran’s malign influence in the region. They further reaffirmed their shared resolve in the defeat of ISIS. President Erdoğan and Secretary Mattis later met and discussed regional security and strategy. Secretary Mattis expressed commitment to the bilateral relationship. He also addressed Turkey’s legitimate security concerns. Both expressed a shared interest for the two countries to create conditions for a more stable and secure region.