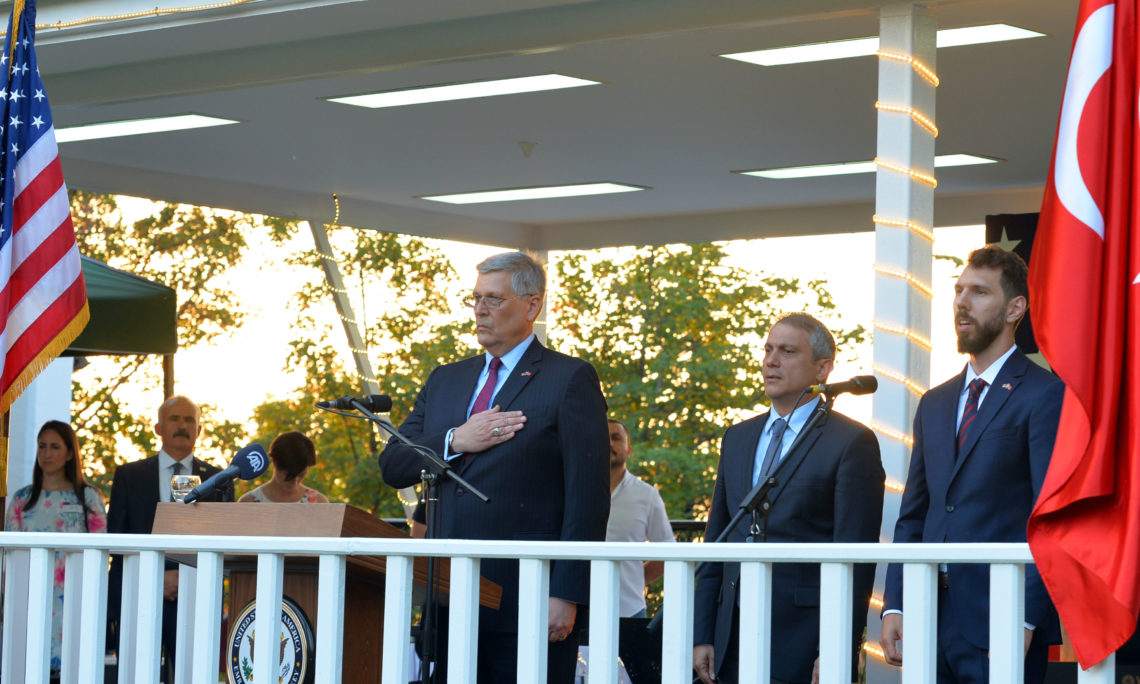 In 1776 in Philadelphia – in the midst of a great struggle of national liberation – the Continental Congress signed the Declaration of Independence.

But while our Declaration of Independence set out the reasons that Americans sought to chart their own course into the future, it did not settle the question of what sort of nation we would become.

It would be another eleven years – years of sacrifice on the battlefield, and of political debate among the leaders and people of the thirteen new states – before another Congress met to produce a Constitution, which declared that:

“We the people of the United States, in order to form a more perfect union, establish justice, ensure domestic tranquility, provide for the common defense, promote the general welfare, and secure the blessings of liberty to ourselves and our posterity, do ordain and establish this Constitution for the United States of America.”

For more than two centuries Americans have debated how best to define these goals and how best to turn these words into reality – struggling, sometimes dying in pursuit of the dream of “a more perfect union.”

For more than two centuries Americans have drawn strength from the diversity of cultures, religions, philosophies and races that make up our constantly evolving American nation.  It was my refugee grandparents who first taught me that it was the duty of every American to fulfill the founders’ dream of “liberty and justice for all.”

The struggle to turn the democratic dreams of revolutionary leaders into enduring reality is a challenge shared by generations of Americans and Turks.  It is a journey we must take together.

Like America, Turkey has encountered obstacles on the path to freedom and democracy. It has been my privilege since my first assignment in Ankara over 30 years ago to observe Turkish citizens of different backgrounds and political philosophies, with disparate views on faith and freedom, struggle to build their own “more perfect union.”

My faith in the ability of our two peoples to achieve our common destiny has never wavered.

Similarly, I remain confident in the commitment of the governments and peoples of our two countries to overcome areas of disagreement and renew the partnership that has served both nations for nearly a century.

In closing, I wish to recall the wisdom of two great leaders, who first freed their young nations on the battlefield and then set them on the path to democracy.

George Washington said, “Democratic states must always feel before they can see: it is this that makes their governments slow, but the people will be right at last.”

Finally, let us honor the words of the immortal Mustafa Kemal Ataturk: “peace at home, peace in the world.”