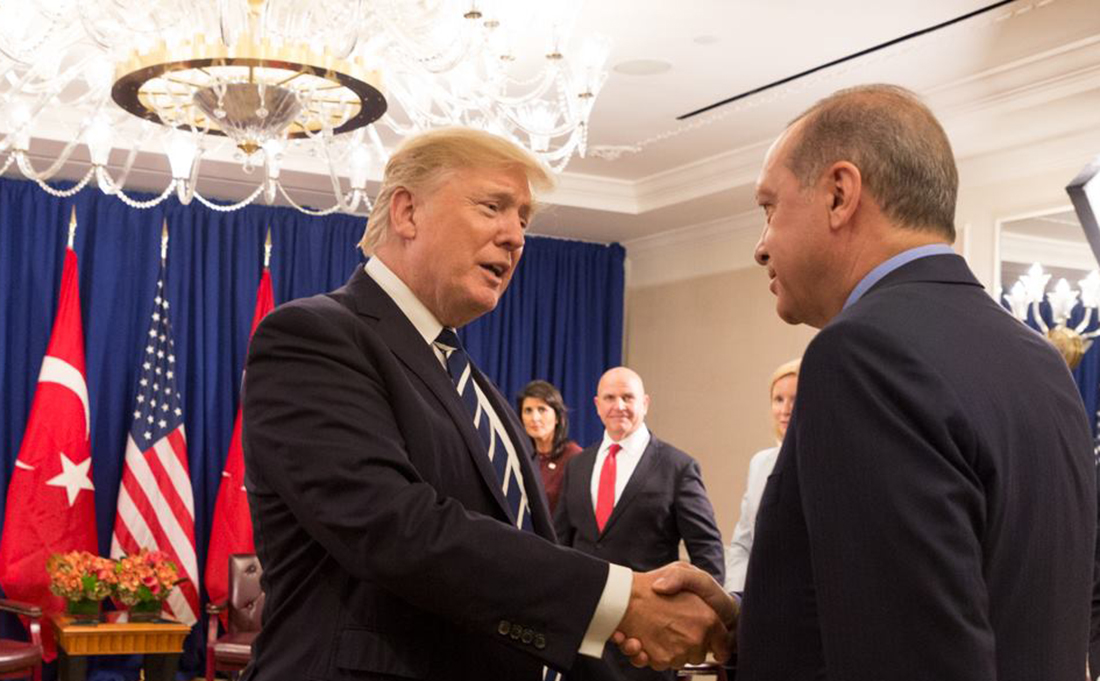 THE WHITE HOUSE
Office of the Press Secretary
September 21, 2017

PRESIDENT TRUMP: Thank you very much. It’s a great honor and privilege — because he’s become a friend of mine — to introduce President Erdoğan of Turkey. He’s running a very difficult part of the world. He’s involved very, very strongly and, frankly, he’s getting very high marks. And he’s also been working with the United States.

We have a great friendship as countries. I think we’re, right now, as close as we have ever been. And a lot of that has to do with the personal relationship.

So, President, thank you very much. It’s a great honor to have you in the United States. Thank you.

PRESIDENT ERDOĞAN: (As interpreted.) Thank you so much, Mr. President. We are here in New York, in the United States, to attend the General Assembly of the United Nations. And my dear friend, Donald, we are getting together with you as the delegations, and we’re going to conduct a bilateral meeting as well, whereby we will be assessing the current relations between the United States and Turkey, as well as we will have the opportunity to discuss the recent regional developments as well.

And I would like to once again thank you for this opportunity, and it’s great to get together with you.

PRESIDENT TRUMP: Well, thank you very much, Mr. President. We appreciate it. Thank you all very much.

Q Mr. President, what will your message be (inaudible) the violence against peaceful protestors?

Q Mr. President, are you going to reconcile with the Kurdish issue, do you think?