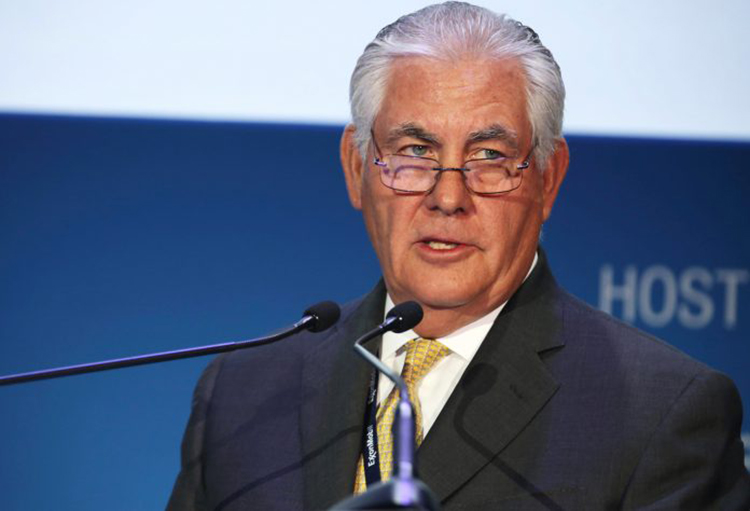 Before I depart for the G20 summit in Hamburg, I would like to comment on the current situation in Syria, which is a topic the President will raise in his meeting with Russian President Putin.

First, parties in Syria must ensure stability on the ground. If we do not achieve stability in Syria, our progress in defeating ISIS may be undone. Secondly, parties must work through a political process to achieve a settlement that charts a way forward for the Syrian people. Lastly, Russia has a special responsibility to assist in these efforts.

As organized military efforts to defeat ISIS on the ground in Syria continue, the United States and our partners in the Coalition to Defeat ISIS are committed to ensuring that civilians from recently liberated areas can begin the process of returning home and rebuilding their lives. Actors in Syria must remember that our fight is with ISIS. We call upon all parties, including the Syrian government and its allies, Syrian opposition forces, and Coalition forces carrying out the battle to defeat ISIS, to avoid conflict with one another and adhere to agreed geographical boundaries for military de-confliction and protocols for de-escalation.

While there are no perfect options for guaranteeing stability, we must explore all possibilities for holding the line against the resurgence of ISIS or other terrorist groups. The United States and Russia certainly have unresolved differences on a number of issues, but we have the potential to appropriately coordinate in Syria in order to produce stability and serve our mutual security interests. The United States believes Russia, as a guarantor of the Assad regime and an early entrant into the Syrian conflict, has a responsibility to ensure that the needs of the Syrian people are met and that no faction in Syria illegitimately re-takes or occupies areas liberated from ISIS’ or other terrorist groups’ control. Russia also has an obligation to prevent any further use of chemical weapons of any kind by the Assad regime.

The United States and Russia have already achieved progress in establishing de-confliction zones in Syria that have prevented mutual collateral damage. Our military leaders have communicated clearly with one another to make sure no accidents occur between our two countries in the Syrian theater. Where there have been minor incidents, they have been resolved quickly and peacefully. This cooperation over de-confliction zones process is evidence that our two nations are capable of further progress. The United States is prepared to explore the possibility of establishing with Russia joint mechanisms for ensuring stability, including no-fly zones, on the ground ceasefire observers, and coordinated delivery of humanitarian assistance. If our two countries work together to establish stability on the ground, it will lay a foundation for progress on the settlement of Syria’s political future.

With the liberation of Raqqa now underway, ISIS has been badly wounded, and is on the brink of complete defeat in Syria if all parties focus on this objective. In order to complete the mission, the international community, and especially Russia, must remove obstacles to the defeat of ISIS and help provide stability that prevents ISIS from rising anew from the ashes of their failed and fraudulent caliphate.

Suggested for You
Tweets by @StateDept