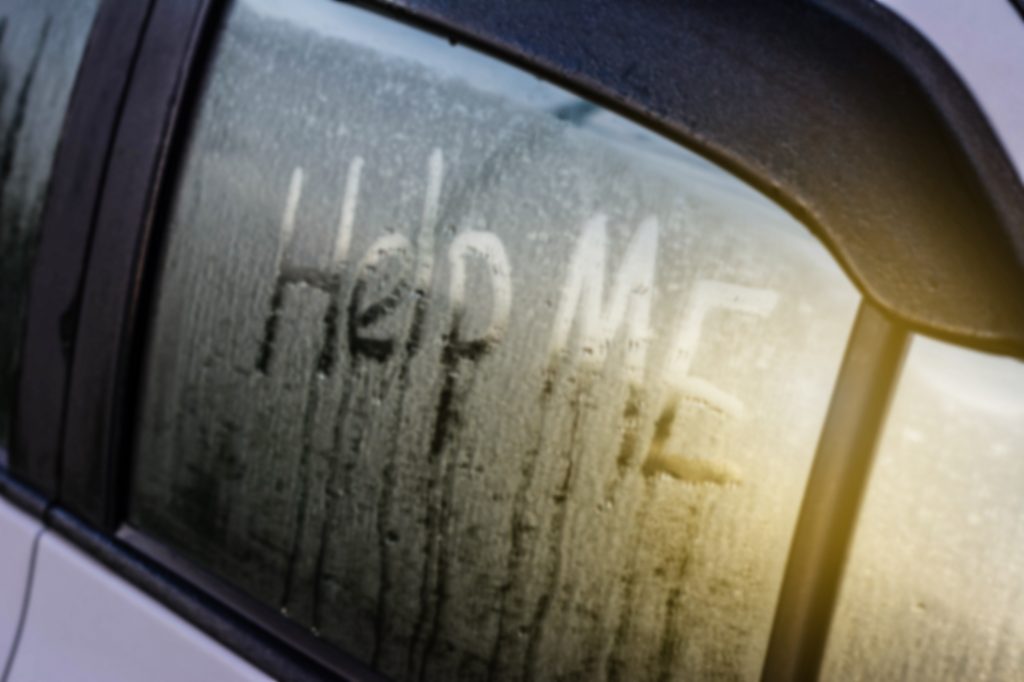 Alicia Kozakiewicz was 13 when she was abducted from her Pittsburgh home and driven to a “dungeon” several states away. She remembers being trapped in her captor’s car, hoping to be saved by the only other person she encountered during the drive: a tollbooth operator.

“I thought [he] would rescue me. He would see me crying and he would recognize that and ask what was wrong,” she says. He did not, and Kozakiewicz spent days in the dungeon before police found her. But now she wants people in that tollbooth operator’s position to know what to do if they spot a potential human trafficking victim.

Millions of people are victims of human trafficking around the world, and the traffickers generate billions of dollars in profits. They force others into service for commercial sex or labor.

Transportation industry workers — from highway convenience store clerks to airline pilots — have a unique opportunity to report human trafficking as it happens.

“You don’t have to be moved in order to be a trafficking victim, but a lot of times traffickers are moving their victims in a circuit,” says Kylla Lanier of Truckers Against Trafficking, a nonprofit that teaches commercial truck drivers how to identify and report human trafficking. “They’re taking them through trains, buses and airplanes. So transportation has an extra opportunity to pay attention.”

Nancy Rivard, president of Airline Ambassadors International, began teaching flight attendants to spot human trafficking in 2009. Within weeks of the first training, a group of flight attendants correctly identified four cases of human trafficking on flights from the Dominican Republic to the United States, one of which exposed a child pornography ring outside of Boston.

Airline Ambassadors International has hosted training sessions at 64 airports worldwide. In 2017, budget airline AirAsia invited the organization to spearhead a campaign to eliminate human trafficking on its flights.

Truckers Against Trafficking and Airline Ambassadors International work closely with local law enforcement in the training sessions, where they teach the participants to contact national hotlines to report possible trafficking cases they see on the job.

“We want them to make the call immediately when they have a suspicion,” says Lanier. “The National Human Trafficking Hotline can … ask them some questions, get some clarifying answers, and then get law enforcement out there immediately.”

A hotline operator stands in front of a map showing all cases of trafficking reported through the National Human Trafficking Hotline. (© AP Images)

Truckers Against Trafficking has worked with partners in Mexico and hopes to expand into Canada once the country launches its national human trafficking hotline in 2018. Soon truckers across North America will be able to report cases of human trafficking they encounter on the road.

In September, Airline Ambassadors International signed a partnership with the United Nations Office on Drugs and Crime. Together, they hope to create an international standard for the prevention of human trafficking in air travel.

Both groups have worked with the U.S. border protection agency in the fight against transnational human trafficking, which is part of the U.S. government’s border security effort. “My administration will focus on ending the absolutely horrific practice of human trafficking,” President Trump said.