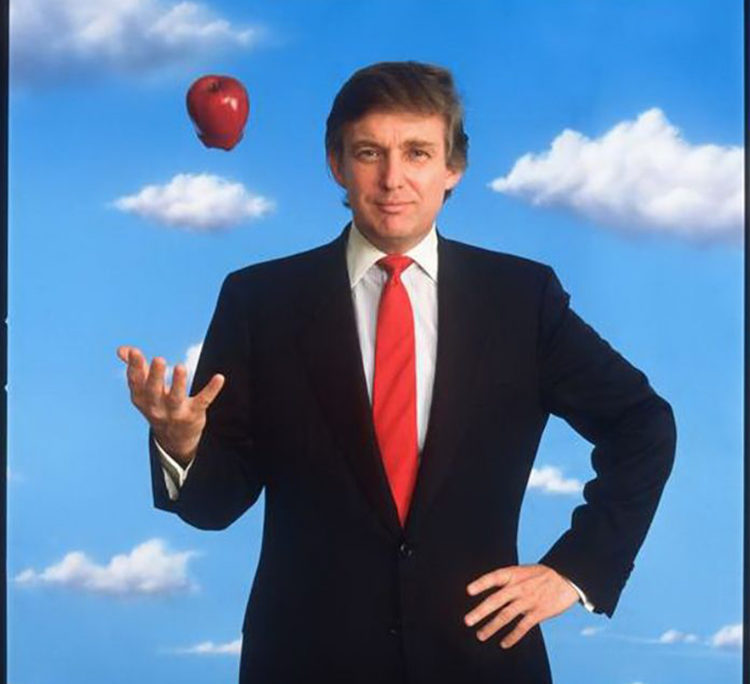 One of New York City’s most well-known figures now greets visitors at the Smithsonian Institution’s National Portrait Gallery in Washington. A week before Donald Trump takes office as the 45th U.S. president, his photo portrait was put on display in the museum that tells the story of America through portraits.

Taken in 1989 by photographer Michael O’Brien, the portrait shows Trump tossing an apple — a reference to his real estate career in his native New York (a city nicknamed “the Big Apple”).

Whenever a U.S. president is inaugurated, the museum highlights a portrait of the new leader. To date, the museum has four works representing the president-elect, and the portrait by O’Brien will remain on view throughout the inauguration festivities. Trump will be sworn in as president of the United States on January 20.