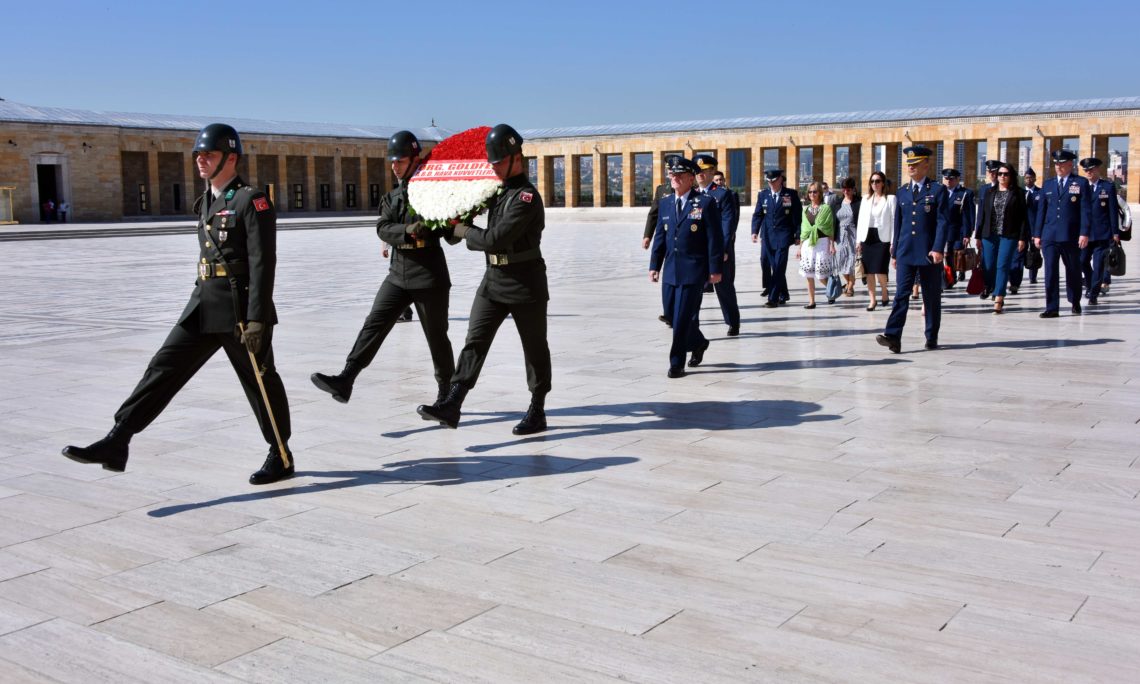 On Tuesday, Gen. Goldfein met with U.S. Ambassador to the Republic of Turkey, Hon. John Bass. During their meeting they discussed matters related to furthering the relationship between the U.S. and Turkey.

Following his meetings, Gen. Goldfein said, “My discussions with Ambassador Bass, Dr. Demir, Gen. Unal, and Gen. Akar were informative and insightful. We are committed to and invested in a long term relationship with friend and ally, the Republic of Turkey. The U.S. and Turkey, along with the rest of our NATO allies are stronger and more secure together.”

During Gen. Goldfein’s visit to Turkey, he also met with U.S. Airmen and Marines stationed in Ankara.