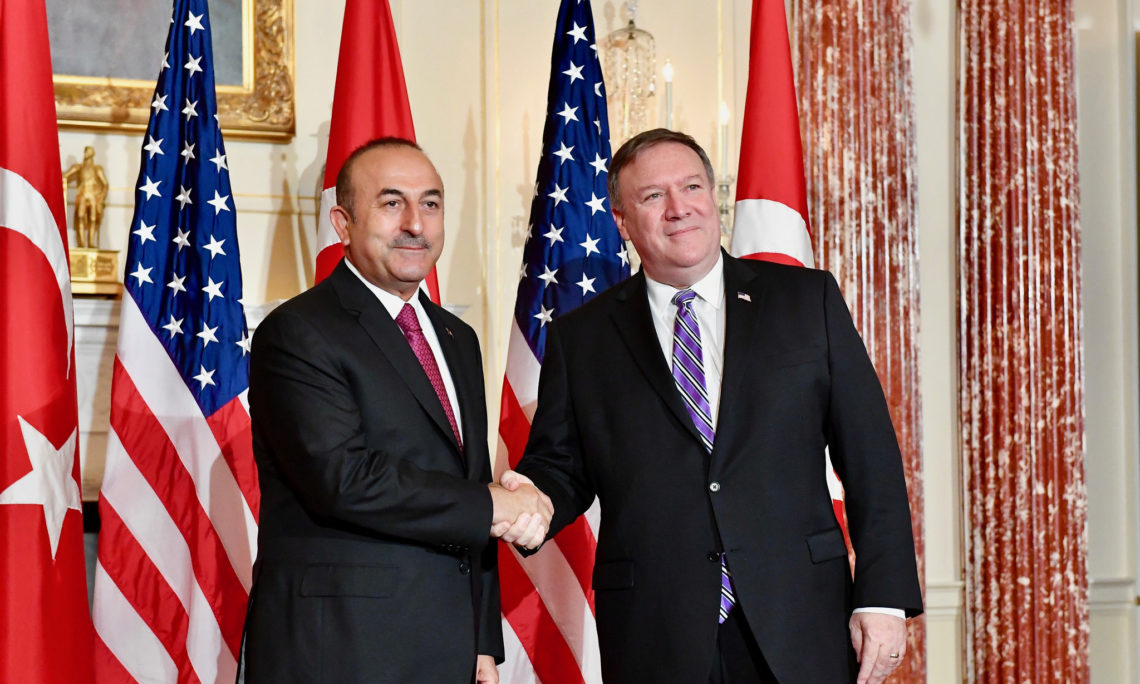 U.S. DEPARTMENT OF STATE
Office of the Spokesperson
June 4, 2018

The Minister of Foreign Affairs of the Republic of Turkey Mevlüt Çavuşoğlu and U.S. Secretary of State Mike Pompeo met on June 4 in Washington, D.C.  They reaffirmed that Turkey and the United States remain committed to addressing their common concerns in a spirit of allied partnership.

Minister Çavuşoğlu and Secretary Pompeo exchanged views on bilateral and regional issues.  They reaffirmed their joint resolve to fight terrorism in all its forms and manifestations.

They considered the recommendations of the Turkey-U.S. Working Group on Syria pertaining to the future of our bilateral cooperation in Syria on issues of mutual interest, to include taking steps to ensure the security and stability in Manbij. They endorsed a Road Map to this end and underlined their mutual commitment to its implementation, reflecting agreement to closely follow developments on the ground.

Minister Çavuşoğlu and Secretary Pompeo also discussed Turkey-U.S. relations and agreed to hold further meetings of the working group mechanism to resolve current outstanding issues in the bilateral relationship. An initial session of the Working Group on Judicial and Other Issues took place immediately after the meeting of the Minister and the Secretary.