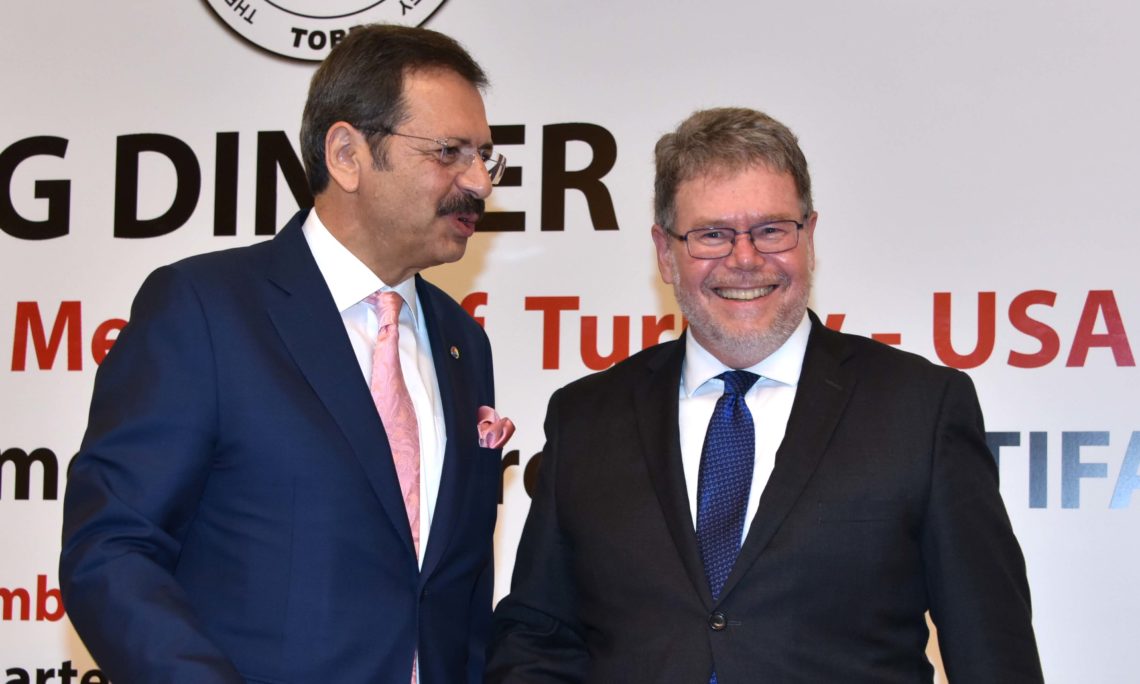 The 10th meeting of the Trade and Investment Framework Agreement (TIFA), signed between Turkey and the U.S. occurred in Ankara on September 12-13, 2017. The U.S. Chamber of Commerce and the Union of Chambers and Commodity Exchanges of Turkey (TOBB) commend the renewed effort to upgrade the U.S.-Turkey partnership through the auspices of the 1999 U.S.-Turkey Trade and Investment Framework Agreement (TIFA).

The United States and Turkish governments met and discussed issues of mutual interest with the objective of improving cooperation and enhancing opportunities for trade and investment.

“While the discussions are a critical first step, businesses on both sides agree that the single greatest opportunity for commercial collaboration between the United States and Turkey is to introduce a high-standard, high-level strategic economic dialogue that meets annually and realizes concrete commercial outcomes. Consistent progress will pave the way for new business and multiply the current $18 billion trade volume,” said Myron Brilliant, executive vice president and head of International Affairs for the U.S. Chamber. “The two governments should also leverage the upcoming TIFA meeting to encourage growth, advance necessary structural reforms, and foster regulatory cooperation.”
The President of TOBB M. Rifat Hisarcıklıoğlu underlined the importance of the economic and commercial pillar of Turkish-U.S. relations and expressed the appreciation of the Turkish business community for the existence of functioning bilateral platforms where economics, commerce, and investments are the main topics of the agenda. Hisarcıklıoğlu added, “Business from both sides is willing to see more frequent contacts between two countries with the main focus on business-related issues.”

The Union of Chambers and Commodity Exchanges of Turkey represents 1.5 million small, medium and large businesses through 365 local chambers and commodity exchanges in Turkey.

The U.S. Chamber of Commerce is the world’s largest business federation representing the interests of more than 3 million businesses of all sizes, sectors, and regions, as well as state and local chambers and industry associations. Its International Affairs division includes more than 70 regional and policy experts and 25 country- and region-specific business councils and initiatives. The U.S. Chamber also works closely with 117 American Chambers of Commerce abroad. The U.S. Chamber has a regional office in Istanbul housed at the TOBB premises.